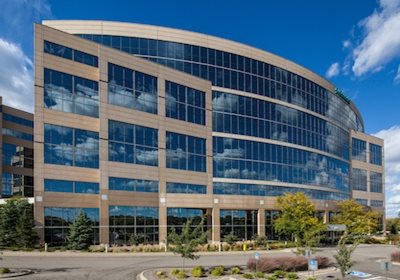 Munich Re Group opened an approximately 5,000-square-foot regional office in Minnetonka at the end of January, with the aim of providing services that mitigate health care insurance risk for its clients.

The Munich, Germany-based company provides reinsurance—or insurance purchased by one insurance company from another—and consists of three business segments: reinsurance and managed care divisions (both of which operate under the Princeton, New Jersey-based Munich Health North America moniker) and a stop loss division. The company said that its new Minnetonka office will allow it to tap local insurance talent to assist its customers.

“There is a deep pool of executive management, underwriting, and actuarial talent throughout the Minnesota region,” David Sipprell, president of Munich Re’s managed care unit, said in a statement. “At the same time, many of our clients also reside in this area, so it makes perfect sense for us to have a permanent presence here.”

Sipprell will head the Minnetonka office, which will be staffed by eight employees. Munich Re spokesman Robert Aristarco told Twin Cities Business that the company has a three-year plan to hire a total of 15. He added that while the company is “always looking at potential new locations,” there aren’t current plans for additional Minnesota offices.

Munich Re said that changes to how heath care is financed and delivered, resulting from the Affordable Care Act (ACA), motivated the company's expansion to Minnesota. According to Aristarco, under the ACA, hospitals and medical service providers will require greater risk management expertise and capital to ensure that they can provide the services promised to patients.

“Munich Re is well-positioned to support its clients in evaluating and protecting their risk position as they work their way through the ACA maze,” Donna Peterson, president and CEO of Munich Health North America, said in a statement.

Munich Re reported approximately $70.2 billion in premium income (income earned through option sales), of which roughly $37.9 billion was from its reinsurance operations, during its most recently completed fiscal year. It employs more than 45,000 worldwide and maintains nearly 50 international locations.