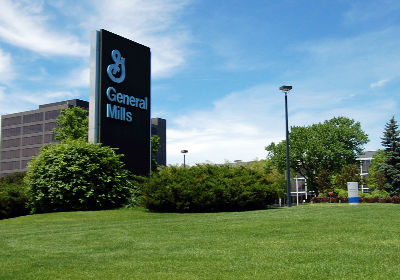 After reporting an 8 percent increase in third-quarter revenue, General Mills is raising its full-year earnings expectation for a second time in three months.
June 21, 2013

General Mills, Inc., announced Monday that it has raised its 2013 fiscal-year earnings expectations for the second time since reporting a successful third quarter, during which its earnings per share climbed 16 percent.

The Golden Valley-based company increased its full-year, adjusted earnings forecast to between $2.68 and $2.69 per share.

This forecast is up from the company’s previous prediction of $2.66 to $2.68 per share in March when reporting its third-quarter results, which had already been increased from an expectation of $2.65. These projections all represent an improvement from earnings results of $2.56 per share in 2012 and $2.48 per share in 2011.

General Mills first raised its full-year outlook while announcing its third-quarter financial results. Its net earnings were $0.64 per share, up 16 percent from $0.55 per share during the same period in 2012. Additionally, total revenue grew 8 percent to $4.43 billion, largely due to the company’s international net sales, which increased nearly 25 percent in its third quarter to $1.3 billion.

Much of the growth in international sales came from new businesses, due mainly to the company’s acquisition of Brazilian food company Yoki Alimentos and the Yoplait Canada brand.

The company will report its full-year results on June 26. In addition to raising its hopes for fiscal 2013, the company reaffirmed guidance for fiscal 2014 as having “high single-digit growth in earnings per share and increased cash returns to shareholders.”

General Mills is among Minnesota’s 10 largest public companies based on revenue, which totaled $16.7 billion in its most recently completed fiscal year.