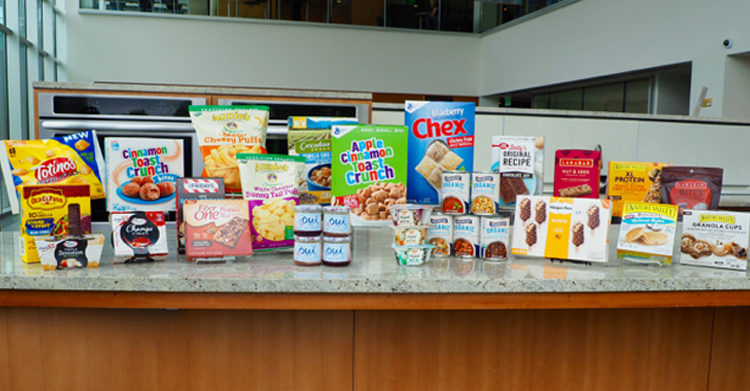 The food company gave a four-point plan for improving its sales, which have dropped by $2 billion over its last two fiscal years.
By Sam Schaust
July 13, 2017

General Mills laid out more details to investors on Wednesday regarding its fiscal 2018 strategy. Atop its game plan: growing cereal overseas and investing in ice cream, yogurt and snack bars.

In recent years, cereal sales in the U.S. have been soggy, especially for General Mills. Revenue from its many brands—like Cheerios, Lucky Charms and Reese’s Puffs—fell 3 percent altogether from its fiscal year 2016 to fiscal 2017.

But the company believes it’s primed for a turnaround. As the second-largest market share holder within the $23 billion global cereal industry (according to data firm Euromonitor), General Mills’ CEO Jeff Harmening believes the path to getting more cereal boxes in shopping carts could come from better marketing of “wellness and taste news.”

“Wellness news was the key driver of Cereal Partners Worldwide’s growth last year,” Harmening told investors during a conference call in late June. By wellness, Harmening is referencing the shift to exclude gluten and artificial flavors and colors from cereals, which the company has undergone recently as consumer dietary habits have turned toward more natural and healthy options.

“This year, we are increasing our media investment in wellness campaigns like whole grain number one, which is helping raise awareness of our cereals’ wholesome ingredients in markets around the world,” the CEO added. “It’s also important to note that great taste is also helping to drive growth in cereal, so, in fiscal 2018, we will invest behind taste news across our U.S. and international brands.” A recent example of a “taste news” effort, Harmening pointed out, was its Lucky Charms Holy Grail campaign that encouraged fans of the cereal to buy boxes for a chance to win a special box featuring their favorite “taste”: just the marshmallows.

More on the taste front: General Mills intends to entice American shoppers by launching new varieties of its existing cereals, such as Blueberry Chex and Banana Nut Cheerios in its fiscal 2018.

Meanwhile, General Mills has said “innovation” and “renovation” will be the answer its struggling yogurt division needs. Sales in the U.S. were down 18 percent year-over-year.

The turnaround, the company stated, would involve more advertising of its core Yoplait and Go-Gurt brands; managing the decline of its low-calorie Yoplait and Greek-style products; and investing in organic yogurts. In particular, its new French-style yogurt called Oui, which hit stores in July, is expected to lead its yogurt charge.

One of Harmening’s largest “investment priorities” for General Mills, however, is among its HÃ¤agen-Dazs, Old El Paso, snack bar and natural and organic businesses. Together, the units make up a combined $4 billion in sales in North America.

Starting off, premium ice cream brand HÃ¤agen-Dazs is getting a “global brand refresh,” the company said, as distribution in existing markets is set to grow while it enters new areas, such as Australia.

General Mills’ Nature Valley, Fiber One and LÃ¤rabar snack bar brands are each launching new product offerings. Europe will also be a focus of expansion for Nature Valley and Fiber One, specifically.

Meanwhile, Old El Paso will introduce new products, as will Annie’s and other brands within its natural and organics business.

General Mills’ final area of focus, its foundation businesses—such as refrigerated dough, soup and baking mixes—will largely see the same type of changes. Most notable among the mix are a new line of Progresso organic soups and a new Pillsbury pizza dough that takes the dough “out of the can.”

Company shares were down just pennies from its Tuesday close, finishing at $53.44 a share on Wednesday. 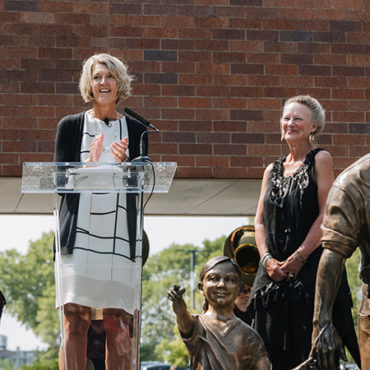