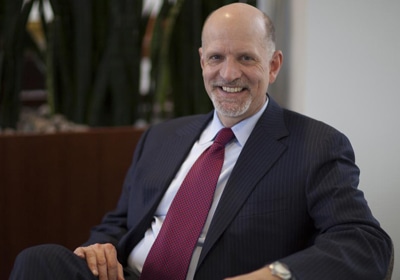 Jeffrey Harmening, who has worked his entire career at the food company, may be next in line to take over as CEO.
July 03, 2016

General Mills on Thursday appointed Jeffrey Harmening, a 22-year veteran of the company, to be its president and chief operating officer.

Harmening, 49, was the Golden Valley-based food conglomerate’s executive vice president and chief operating officer of U.S. retail for the past two years. Harmening oversaw General Mills’ domestic market, which currently makes up $10 billion of its $17.6 billion in annual revenue.

He joined the company in 1994, immediately after earning his MBA from Harvard University. In his early years, Harmening served in various marketing roles at General Mills' Betty Crocker, Yoplait and Big G cereals divisions. The company credits him for the successful launch of Berry Burst Cheerios.

His background with cereals also extends to leadership positions at Cereal Partners Worldwide, a joint venture between General Mills and Switzerland-based NestlÃ©. Harmening was CEO of the partnership business for two years.

Harmening will take over his new role on July 1. General Mills said it would announce his successor at a later date.