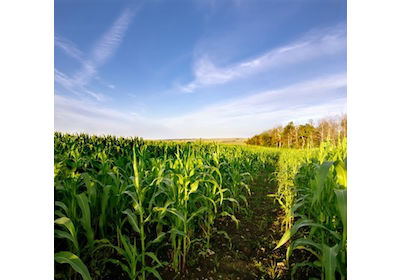 Gen. Mills To Sustainably Source All Of Its Main Ingredients

The Golden Valley-based food manufacturer said it plans to introduce new protocols in order to sustainably source 100 percent of its 10 “priority” ingredients by 2020.
October 06, 2013

“As a food company, we know that the vitality of our business depends upon access to high-quality ingredients,” Vice President and Chief Sustainability Officer Jerry Lynch said in a statement. “We also know where we can have the greatest impact from an environmental standpoint. We believe that through sustainable sourcing, we can create the most long-term economic, environmental, and social value.”

A General Mills spokeswoman told Twin Cities Business that the company defines “sustainable sourcing” as the process of cultivating raw materials “in a way that creates long-term economic, environmental, and social value.” She declined to disclose whether there will be additional costs associated with the sustainably sourcing initiative.

The company said it plans to use its partnerships with industry groups such as the World Wildlife Fund (WWF) and Field-to-Market—a network of producers, agribusinesses, food companies, and conservation organizations—to create sustainable standards for sourcing its ingredients.

General Mills said it made the decision to sustainably source its “priority” ingredients in an effort to reduce the energy required to grow the raw materials and prepare the ingredients it uses. According to a study the company commissioned from environmental data analysis company Trucost, these activities account for nearly two-thirds of greenhouse gas emissions and 99 percent of water use outside General Mills’ own operations.

“By understanding their environmental risks, prioritizing where the company can have the greatest impact and committing to sustainable sourcing, General Mills can have a significant impact,” WWF Vice President of Agriculture Dave McLaughlin said in a statement.

In June, General Mills signed on as one of the U.S. Food Waste Challenge’s founding partners. The initiative—launched by the U.S. Department of Agriculture—aims to reduce the amount of food in landfills, combat hunger in the United States, and recycle discarded food. Earlier this month, Twin Cities Business profiled General Mills as one of the top five Minnesota companies of the past two decades based on its product development and global growth. Click here to read the story.

General Mills reported net earnings of $1.86 billion for the fiscal year that ended May 26—an increase of 18.4 percent from the prior year. The food manufacturer is among Minnesota’s 10 largest public companies based on revenue.