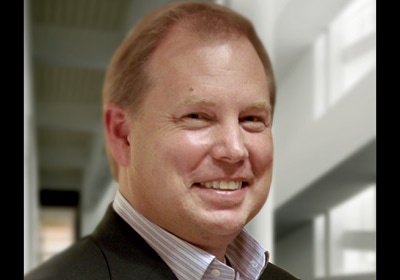 FPX, which produces software for complex price quotes, has looked like it would expire more than once, but is now thriving again.
December 04, 2013

FPX is an improbable survivor of the tech industry wars.

The software company was founded 30 years ago in the unlikely tech center of Mankato, 80 miles southwest of Minneapolis. Before the dot-com crash, the company was briefly a hot, publicly traded tech stock, when it was known as Firepond Inc. The company has been through a series of name changes, relocations, restructurings and near-death experiences.

Today the company is once again private and, in perhaps the most unexpected twist, growing anew. At the end of June, the company named Dave Batt, a Silicon Valley veteran of companies such as Microsoft and Oracle, as its new CEO.

“The software industry is volatile,” Batt says. “The company is cleaned up. It’s well funded. It’s on a growth trajectory.”

Batt won’t disclose the company’s revenue, but said that sales have increased 25 percent this year. The company has 87 employees.

A few years ago, the company did not seem so healthy. In early 2009, the struggling Firepond filed for Chapter 7 bankruptcy.

But instead of going through bankruptcy, Acclaim Financial Group LLC acquired Firepond and restructured it as FPX. At the time, the new owner announced plans to invest $10 million to help fund growth.

“Acclaim Financial Group came in and rescued the asset rather than liquidating it,” Batt says. He says that the company is now “cash-flow neutral” because it continues to invest in growth.

The company’s software is tailored so clients can quickly quote prices for complex products and services. Batt says that the three largest groups of customers are in the manufacturing, financial services, and high-tech industries. Clients include Daimler, the global automobile manufacturer.

FPX’s headquarters are technically in Dallas, because that’s Acclaim’s headquarters. But only a handful of FPX employees work there in a call center. Two-thirds of the employees are in Minnesota, with offices in Bloomington and Mankato. CEO Batt and the executive team are based in Bloomington.

The company’s founder, Jerry Johnson, is no longer connected to FPX; he now runs Superior Edge Inc., a Mankato-based firm he started that focuses on software for farmers. When he started what was then Clear With Computers in 1983, Johnson was using a Commodore 64 computer.

“I’m real proud of the company,” Johnson says of what is now FPX. “It’s gone through transitions, but it’s alive and viable.”

As Firepond, the company went public in February 2000; the stock briefly topped $100 per share.

“Firepond did extremely well leading up to the dot-com crash,” Batt says.

By late 2003, the company agreed to be sold for $11.7 million to California-based Jaguar Technology Holdings. In 2006, the company went public as an over-the-counter stock after a reverse merger with a public shell company.

Staffers include many like Dana Henriksen, FPX’s vice president of solution engineering, who have stayed with the company through its ups and downs. Henriksen, who joined the company 18 years ago, works in the Mankato office.

“It was tough, really, for all of us,” Henriksen says of times when the company was cutting jobs and scrambling to survive.

But Henriksen says that he’s seen many of their former competitors disappear. He credits the hard-working employees and loyal customers with keeping the company afloat during lean times.

“We work with a lot of Fortune 100 companies,” Henriksen says. “We had that in our back pocket to keep going.”