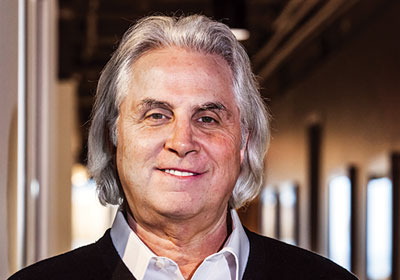 The untimely death of Minnesota’s musical genius Prince reminds us of the dangers of attempting to tie a brand, even respectfully, to a tragedy.

It didn’t take long for local and national brands to take to social media and paid advertising in an attempt to pay tribute to Prince. While the sentiments may have been heartfelt and genuine, associating a brand with a tragedy is very risky marketing.

At the top of the list of miscues was General Mills. While it’s probably a safe bet that the Purple One had a bowl of cereal from the Mills at some time in his life, the company posted a “rest in peace” message on its Facebook page. OK, but the problem was that the “i” of the word “in” was dotted with a Cheerio and the company used the Cheerios font for the message. There was even a tweet from the Hamburger Helper glove. Really? Let’s get real. Connecting Cheerios and Hamburger Helper to Prince is beyond a stretch. After predictable public outcry, the post was removed.

The automaker of the “little red Corvette,” Chevrolet, seemed to strike a balance with its simple full-page ad that featured a photograph of the back of a red Corvette with a simple headline featuring a modified lyric from the song that said, “Baby, that was much too fast,” with the years of Prince’s life. No Corvette or Chevrolet or General Motors logo, although a few letters of the script of the Corvette logo are visible in the photo. The reaction to this tribute was mostly positive, and I think it’s because the connection was obvious—in one of Prince’s most famous songs—and the treatment was not overtly commercial.

Many other Minnesota organizations, including the Twins, Vikings, 3M and Best Buy, tried to acknowledge the musical legend with a variety of results both good and bad. Another Prince tie-in came from Bruegger’s Bagels. Yes, bagels. Roughly a week after the musician’s death, Bruegger’s ran a promotion in local stores that featured purple bagels. Buy a purple bagel and Bruegger’s would make a donation to the Minnesota Music Coalition, a nonprofit that Prince supported that helps Minnesota musicians.

Happening a week after Prince’s death, the bagel promotion was not exactly timely, and it drew mixed responses. Some people thought it was an opportunistic and crass way to get people into their stores, while others thought raising money for the coalition was a nice gesture.

One of the more questionable and puzzling associations came from brands like Maker’s Mark bourbon. Even though Prince was staunchly anti-alcohol, Maker’s ran a photo of one of its bottles that had been dipped in purple wax as a tribute. I don’t get it, other than as a blatant attempt to tie into a news event.

There are other great examples of what not to do, especially in social media, where it’s so easy to jump on a trending topic—and also so easy to land your brand in the damage-control zone, thanks to poor judgment or not fully comprehending what you’re doing.

American Apparel seems to have developed a specialty in screwing up on social media. While Hurricane Sandy was wreaking havoc on the East Coast in 2012, the company thought it was a great time to have a sale—just enter SANDYSALE at checkout—for all the people who might be bored during the storm. You can imagine how that went over. The company didn’t learn its lesson, though, because just two years later it celebrated Independence Day by posting an image of the space shuttle exploding in 1986. The company tried to explain the gaffe by blaming it on an international employee born after the tragedy occurred. Sorry, there’s no excuse for that level of laziness and stupidity.

Think you’ve got a nifty hashtag for something? Better make sure you do your homework first, as DiGiorno Pizza found out. Within a day after former football star Ray Rice was seen on video punching his then-fiancÃ©e there were 46,000 tweets that used the hashtag #WhyIStayed, and the majority of them were from women talking about the reasons they stayed in abusive relationships. Seeing a hashtag trending, the DiGiorno brand tweeted, “#WhyIStayed You had pizza.” Unbelievable.

And then there was the Global Village store in Duluth that posted a photo of Martin Luther King Jr. nattily dressed shooting pool with the caption “Annual MLK Day BLACK SALE! He showed us that the struggle and lookin’ super-fly can go hand in hand. We salute him with 25% off everything black, Monday, January 20.” Defies belief, but it happened. Normally I’m all for taking marketing risks with innovative ideas, but when it comes to any tragedy or trending news, you may be better off sitting it out, or at the very least thoroughly doing your homework before putting your brand’s reputation on the line.