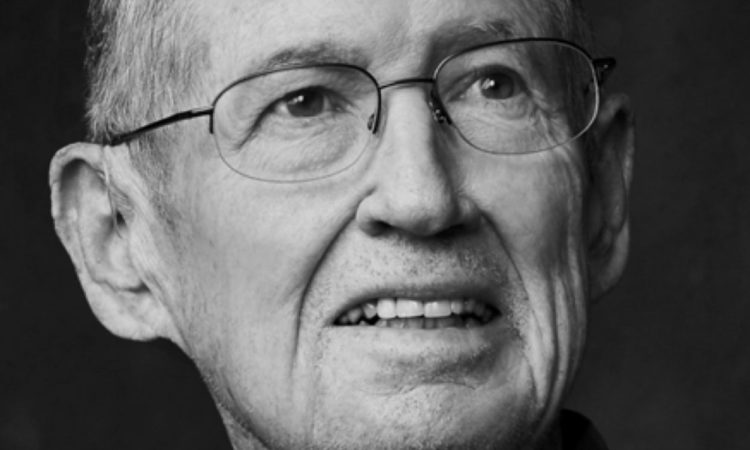 He came to the Twin Cities in 1990 and built U.S. Bancorp through a series of acquisitions.
By Liz Fedor
January 29, 2021

John “Jack” Grundhofer, one of Minnesota’s prominent banking leaders in the 1990s, died Jan. 24 in California. He was 82.

A Los Angeles native, Grundhofer came to the Twin Cities in 1990 to lead First Bank System as its chairman, president and CEO.

When he was recruited from Wells Fargo to join First Bank System, he knew he was being brought in to engineer a rescue effort. The bank had financial problems, which Grundhofer partly addressed through aggressive cost-cutting.

Grundhofer also made headlines in 1990 for being kidnapped at gunpoint from a downtown Minneapolis parking garage. He showed up for work on the morning of Nov. 19, and as he exited his car a gunman ordered him back into his vehicle.

The pair drove to Wisconsin, the gunman ordered Grundhofer to pull into a secluded area, and then he demanded a ransom of $3 million. Grundhofer called his secretary to relay the ransom demand, and then the kidnapper tied up Grundhofer and forced him into a sleeping bag. After the kidnapper left, Grundhofer freed himself, and he ran to a farmhouse.

The ransom was never paid, and nobody was ever convicted of the crime. The Grundhofer kidnapping was featured on an episode of “Unsolved Mysteries.”

After he got past the botched kidnapping, Grundhofer focused on building First Bank System into what is now U.S. Bancorp. Grundhofer was associated with 35 bank acquisitions. Two were particularly notable.

In 2001, Firstar Corp., based in Milwaukee, bought U.S. Bancorp. in a $21 billion stock deal. The merged bank was headquartered in Minneapolis, and Jerry Grundhofer, Jack’s younger brother, became CEO of U.S. Bancorp.

“U.S. Bank would not be what it is today without Jack’s legacy,” Andrew Cecere, the current chairman, president and CEO of U.S. Bancorp, said in a prepared statement. “He pushed for excellence in financial management and had a vision that was bigger than what many thought was possible at the time.”

Grundhofer was born on New Year’s Day in 1939 in Los Angeles, the son of a bartender and a housekeeper. His parents sent their children to Catholic schools.

Grundhofer earned a bachelor’s degree in economics from what is now Loyola Marymount University. He attended the private Catholic university on a baseball scholarship. He received his MBA after completing night classes at the University of Southern California in Los Angeles.

Throughout his life, Grundhofer enjoyed fishing, hunting and playing golf. He served on numerous boards and financially supported organizations in California, Minnesota, Montana and South Dakota, where he had homes.

He is survived by his wife, Patti, of Indian Wells, CA; daughters, Karen and Kathy; brother, Jerry; sister, Joan Briggs; and other relatives.