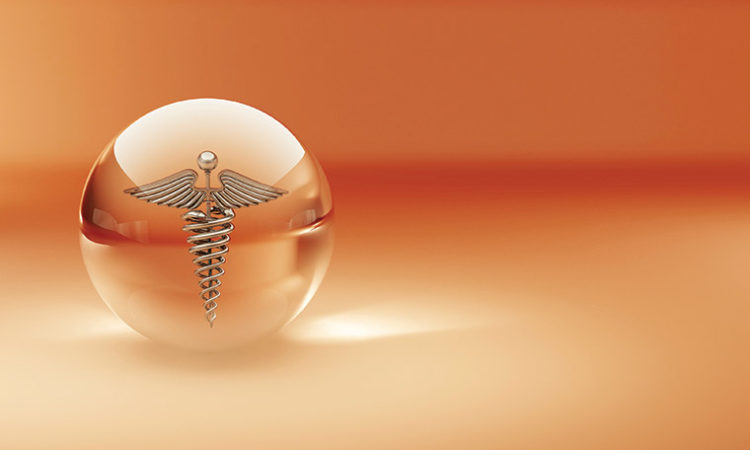 With the cost of health care a major concern for employers and consumers, the need for greater effectiveness and efficiency in the health care industry is paramount. Twin Cities health care systems and businesses recently introduced innovative efforts that are producing good results for patients.

Here are some examples of their breakthrough work:

When Hennepin County Medical Center (HCMC) set out to achieve health equity for its patients, officials discovered that meeting one basic need could make a big difference for patients’ health and the system’s bottom line.

In April 2015, HCMC launched Upstream Health Innovations with a $2.5 million grant from the United Health Foundation to discern and excise the barriers to serving patients’ health needs. The initiative applies a methodology known as human-centered design, which, in this case, emphasizes empathy and collaboration among patients, front-line staff and the community in problem-solving.

In interviews with Upstream Health staff, patients listed numerous challenges to their health, from lack of basics like food and child care to difficulty understanding doctors’ orders to feeling unimportant to health care providers. Challenges with transportation to and from non-emergency medical appointments came up again and again, according to Susan Jepson, vice president of Upstream Health and a veteran of both UnitedHealth Group and U.S. Bank.

“Those are the things that are so important when you think about human-centered design,” says Jepson, a nurse with a master’s degree in public health. “It’s not assuming if you know what the answer is. It’s about what the patient desires and needs.”

Getting HCMC patients to appointments

Some patients had to transfer buses two or three times to reach their appointments. Those who rely on Medicaid-funded door-to-door transportation must call at least 72 hours in advance of an appointment to arrange for a ride and often have to wait hours after the appointment for their ride home.

Transportation difficulties have long prevented patients from keeping appointments. HCMC’s cancer center had an overall 14 percent no-show rate. Because patients were not receiving treatments, HCMC was not getting insurance payments for those appointments, and it still had to pay physicians’ salaries.

HCMC rolled out Hitch Health in June in a partnership with Lyft, texting appointment reminders and offers of free round-trip rides to Medicaid patients to four of its large clinics. Patients may respond “yes” or “no” to the ride offers, and when their appointments are over, they text “ready” back to Hitch Health, which dispatches another Lyft to take them home. The system not only improves attendance, but it keeps it simple and inexpensive, with no phone calls required, Jepson says.

The United Health Foundation grant is paying for the rides through March 2018. HCMC will subsequently manage ride costs. A Metro Mobility council is evaluating the use of Lyft and Uber as Medicaid transportation vendors. If they are approved, the Medicaid health plans could then pay for the rides. Hitch Health formed a C corporation in October and has been raising money to fund it.

At one primary care clinic using Hitch Health, there has been a 5 percentage point reduction in the no-show rate over a six-month period. More clinics will be added and data will be gathered to directly correlate the reduction in no shows to Hitch Health. Meanwhile, Upstream Health is working on several other projects to improve health equity at HCMC.

“Upstream Health is really about delivering better health care and reducing the costs of health care,” Jepson says. “We’re always looking for new and better ways to improve that experience.”

Illnesses are exhausting for patients and family members. Having to negotiate the health care system makes it all the harder.

With that reality in mind, Blue Cross Blue Shield of Minnesota (BCBS Minnesota) started a pilot program in September 2016 to offer members with the most complex health conditions, their caregivers and their health care team ideas on how to improve care and save money.

One man in his 40s was about to give up cancer treatments when a nurse from the unit offered to help, Erickson says. The nurse realized that he was receiving improper care and helped him get a second opinion and treatment at Mayo Clinic.

The man’s cancer issues were resolved, but he had become addicted to opioids to manage pain and became despondent again. The nurse reached out to his wife and helped him return to therapy, get off opioids and get back to work.

“What we find is a very high engagement rate in this model, higher than our standard, because the nurses just offer help almost immediately,” Erickson says.

“To get him to a point where he felt he could take care of his family again was—not to be clichÃ©—kind of priceless.”

“While we don’t directly provide care for members, we’re trying to provide information about the members to the care team to help them make better decisions,” Erickson says. “We’ve had great feedback from our providers.”

The unit became a permanent part of BCBS Minnesota in November. The company doesn’t have figures yet on cost savings, but the unit’s work has reduced emergency room visits, hospital admissions and readmissions for these patients, and shortened hospital stays for those who are admitted.

“Our goal for the program was really to work collaboratively with our providers and become a part of the extended care team,” Erickson says. “We’ve been successful in doing that with these highly complex members. It’s really to help them and their families to get back to their lives as quickly and as much as they can.”

Chances are you’ve heard of school shopping and church shopping, but how about pharmacy shopping?

In October, HealthPartners rolled out a prescription-shopping tool for members who have an account on the health organization’s website or have its mobile app. HealthPartners developed the tool with GoodRx, a website and mobile app that track prescription drug prices and offer drug coupons in the United States.

According to HealthPartners, the tool will help consumers:

The prescription-shopping tool can identify how much a member will pay out of pocket and what the health plan will pay for medications at nearby pharmacies, according to HealthPartners spokeswoman Anne Sandell. The information is personalized and combines real-time prices with the consumer’s specific insurance plan.

This can come in handy for those whose insurance plans require them to spend at least $1,300 out of pocket for an individual or $2,600 for a family before coverage kicks in. More than one-third of HealthPartners members have these plans, and that number is expected to grow.

Prescription drugs account for 10 percent of U.S. health care spending, according to a Centers for Medicare and Medicaid Services (CMS) report. In 2016, retail prescription drug spending increased 1.3 percent to $328.6 billion. Out-of-pocket spending grew 3.9 percent in 2016 to $352.5 billion, the fastest rate of growth since 2007, CMS found.

To save money, nearly 8 percent of U.S. adults did not take their medications as prescribed, according to data from the National Health Interview Survey of 2013. More than 15 percent asked their doctor for a less expensive medication, 1.6 percent bought prescription drugs from abroad and 4.2 percent used alternative therapies, the survey reveals.

Pharmaceutical prices change all the time, Sandell says. Offering real-time pricing information can potentially save money for patients, their insurers and their employers, as well as increasing adherence to doctors’ orders.

“Tools like this are being used in other parts of the country. We believe that this is the first of this type of tool in our marketplace,” Sandell says. “We have pharmacies in some of our clinics, and there may be instances where the drug is cheaper purchased somewhere else. It is open to identifying a pharmacy anywhere within our pharmacy network.”

HealthPartners plans to make the tool available in early 2018 to its members enrolled in Medicare and Medicaid. It will measure the reduction in drug costs over time, says Jim Eppel, HealthPartners’ chief administrative officer.

“It is a win-win in that regard,” Eppel says. “It reduces patients’ out-of-pocket expense and, ultimately, the health plan’s.”

Improperly sterilized medical devices have been linked to illnesses and deaths among patients across the United States.

A series of such “superbug” outbreaks in 2015 led the U.S. Food and Drug Administration to recommend drastically improving cleaning and sterilization procedures for devices known as duodenoscopes. These are reusable, flexible endoscopes that are threaded through the digestive tract to detect and treat illnesses such as cancer and gallstones.

Unlike about 85 percent of all surgical instruments, which are made of stainless steel and can withstand high-temperature steam sterilization that’s part of “reprocessing,” complex instruments such as duodenoscopes require low-temperature reprocessing using ethylene oxide or vaporized hydrogen peroxide.

To determine sterility, hospital staff can add a capsule containing a large number of biological indicators—thick-walled, highly resistant bacterial spores—to the sterilizer with the instruments. When the reprocessing cycle is complete, the capsule is placed in an autoreader to detect whether the spores survived the process. Theoretically, if the process kills the spores, it will also kill a lower number of less-resistant organisms on the instruments and reduce the likelihood of infection in the next patient.

That’s according to 3M, whose scientists have been working for decades on systems that can show hospital staff that sterilization is complete. When the company entered the biological indicator business in the 1970s, it took five to seven days to produce such a readout.

Over the years, 3M scientists worked to reduce the time it took to produce readouts confirming the different methods of sterilization. They succeeded first with steam, then with ethylene oxide. In 2016, they introduced the first rapid-readout technology for vaporized hydrogen peroxide sterilization, reducing readout time from 24 hours to four hours. Within a year, they cut that time to 24 minutes.

This superfast readout will enable hospitals to use biological indicators in every load of instruments that require vaporized hydrogen peroxide sterilization, according to 3M spokeswoman Ericka Lutz. Many hospitals already do so.

“It’s a really exciting time to be in the device reprocessing business,” Lutz says. “There are huge advancements for patient safety. It’s really kind of cool.”

Health care systems have a strong need for effective leaders, so the University of St. Thomas decided to address that market demand by offering a new master of science degree in health care innovation.

Scheduled to launch in September, the Opus College of Business is targeting this new degree program to mid-level managers who are working within health care on a full-time basis. The new master’s program emphasizes developing skills that center on customer value-based health care; innovation in problem-solving, business model design and health care platform development; and lean and efficient delivery and implementation.

Students will complete weekly online modules and come to St. Thomas for in-person classes once a month on Saturdays.