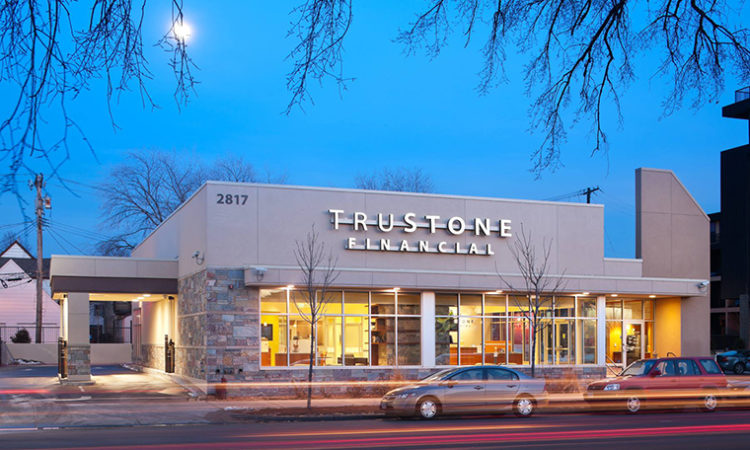 The combined organization will have more than $3 billion in assets, leaders say.
By Kait Ecker
May 06, 2020

Twin Cities-based Firefly Credit Union and TruStone Financial Federal Credit Union are the latest in a long list of credit unions that have decided to merge. On Tuesday, the two announced merger plans, which will create a combined financial institution with assets valued at more than $3 billion.

While most credit union mergers are more one-sided, leaders bill the move as a more collaborative partnership, though the combined organization will retain the TruStone name. Combined, the two financial institutions will become the second largest credit union in the state, and place it in the top 100 nationally, with 23 locations in Minnesota and Wisconsin.

Nationally, the number of credit unions has been declining for a decade, primarily due to mergers. What’s driving the decisions to merge? For some, it’s the need to keep pace with technological advances, alongside the rise in fintech companies and online banks, said Michael DeVaughn, a professor at St. Thomas’ Opus College of Business.

“Collectively, those forces are really coming together and taking a toll on the credit union space,” he said. “There are some challenges in finding leadership for credit unions these days.”

Nationally, the merger of credit unions has been coupled with the shrinking community bank market, which has been on the decline since the 2008-2009 recession, DeVaughn says.

“I think we’re going to see a rise of these super credit unions, and they’re actually going to fill the void of what the community banks used to do,” DeVaughn said. “Like Firefly and TruStone—those are two pretty big names.”

Going forward into the recession, he speculates that these types of mergers will experience a push and pull. Some may be deterred from these types of deals due to the uncertainty of the economy, whereas other companies may be in a good position to grow.

“The best time to buy is when the fees are down, and so those larger credit unions who are in a good place in terms of their balance sheet [are] going to be like vultures. They’re going to be circling around and looking for the weak ones that might have to sell,” DeVaughn said.

It’s not yet clear how all the mergers will affect the credit union landscape, given the oncoming recession. For now, many credit unions are still facing increased pressure to cut costs and provide enhanced services, said Andrew Winton, chair of the finance department at the University of Minnesota’s Carlson School of Management.

“I think the credit unions might be less deterred by the recession. On the other hand, it is certainly true that after mergers there might tend to be some reduction in employment,” he said.

But the current uncertainty doesn’t appear to be deterring the merger between Firefly and TruStone. Their CEOs said the deal has been in the works for about eight months, with the expected legal date of the merger to be in January 2021.

The merger also bucks the trend of a larger credit union acquiring a smaller one, or a less financially secure one, as the two companies are both financially secure and of similar scale, said Dale Turner, CEO and president of Firefly.

“This isn’t an acquisition, and questions about buyouts obviously come early on,” he noted. “Neither institution, as you can see from financials, is financially challenged. … What’s uniquely different from my perspective is the financial cooperative piece.”

Going forward, the aim is to provide more locations and more services to members, he said.

“We both recognized the benefits of scale for our members, for our employees, and really our ability to compete in the market of financial services. Today, with fintechs and everybody that we’re competing against, scale is a very important factor,” said Tim Bosiacki, CEO of TruStone.

Though the combined organization will keep the TruStone name, Bosiacki will retire upon completion of the merger. Turner will then take over as CEO and president.

Each of the credit unions members still need to vote to approve the merger, which will need to pass regulatory approval, too.

“Both boards of directors unanimously voted in favor of the merger in April,” Bosiacki said, adding that he expects a member vote in the fourth quarter.

The combined credit union would have a branch location within five miles of 80 percent of its Twin Cities’ membership.

“Out of the nine branches that TruStone has currently, five of those were in our strategic plan to look for branch expansion,” Turner noted.