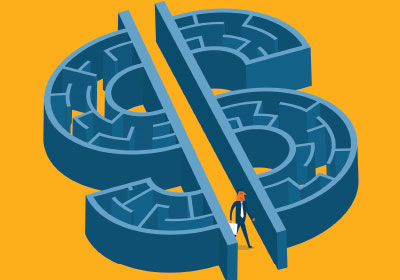 Finding The Money To Franchise

After working in corporate America for 18 years and earning an MBA from the University of Minnesota’s Carlson School of Management, Pramod Taneja began looking for a small-business opportunity four years ago.

He considered familiar franchises such as fast-casual restaurants. Instead, he chose a different kind of franchise.

Both of Taneja’s sons had participated in an after-school learning program called Kumon (pronounced “koo-MON”), which operated a location close to the family’s Maple Grove home. Kumon, with North American operations based in New Jersey, might not be as well-known a franchise name as McDonald’s. But it’s been in existence for decades. It was founded in Japan.

According to Entrepreneur magazine, Kumon is the top-ranked tutoring franchisor in the United States, with about 1,500 units. Kumon has more than 25,000 franchises worldwide. The Kumon program, Taneja says, focuses on the foundational aspects of a subject, making it easier for students to build up their mastery of math and reading.

“I could see the value of the program, and I could see they were doing well,” Taneja says. With his own graduate degree and a mother who was a schoolteacher, Taneja says he greatly values education. Add his sons’ experience, and Kumon “seemed like a natural fit” for a business franchise.

In 2012, Taneja bought an existing Kumon franchise in Plymouth. In addition to his extensive business experience, it also helped that Taneja’s career had provided him with enough money to help him get going. The price of becoming a franchisee can be expensive. A Kumon applicant needs to have investment capital of $70,000 and show a net worth of at least $150,000. To open a single McDonald’s, the initial investment is close to $1 million. Six-figure initial investment costs are not uncommon in franchising.

Whether a business opportunity is worth pursuing depends, in large measure, on whether money is available for the early stage of the company. So what should a potential franchisee consider when contemplating an opportunity, especially given the thousands of franchise options available?

A potential franchisee needs to learn what reputable franchisors want to know. “They look at their experience—whether they’ve been involved with other franchises, whether they have experience in the industry of the franchise business,” says Joseph Fittante Jr., a shareholder with Bloomington-based law firm Larkin Hoffman Daly & Lindgren. He has represented many franchisors. Some franchise operations also conduct background and credit checks. Of course, he adds, franchisors “look at the franchisee’s financial wherewithal.”

In this matter in particular, potential franchisees need to be up-front with franchisors. “Most franchisors will have provisions written into the agreement to give them the right to terminate the franchise if the prospective franchisee has misrepresented financial information as part of the application process,” says Gaylen Knack, a principal with Minneapolis law firm Gray Plant Mooty. He specializes in franchising law, primarily on the franchisor side.

He says that a potential franchisee needs to start with where he or she stands financially “so that they can figure out what kind of franchise investment makes sense for them.” By and large, based on what Knack has heard from his clients, “they’re going to have to come up with cash equal to one-fourth or one-third of the initial investment.”

That’s a lot of money, and a potential franchisee will need to determine what franchise business he or she can afford, if any. “A lot of franchisors will assist prospects in going through that appraisal,” Knack says. Franchisors want to make sure—as much as possible—that they sign up franchisees that are likely to succeed. Knack also notes that there are companies that work with prospective franchisees to help them determine what they can afford. FranFund is perhaps the best-known of these firms.

Companies like these also may help them look at different sources of lending. Many franchisees examine multiple financing options, including investors, family, friends and partners. While a few franchisors offer financing, they’re in the minority, Knack says. Those that do, he adds, typically offer it to franchisees who already own one or more franchises, and the financing allows them to develop more units.

Knack also suggests that potential franchisees contact other franchisees, as well as their financial advisor or a business consultant to hammer out a business plan. This is something a lender will require. Legally, Knack says, “a franchisor is limited in how it can assist a prospective franchisee in putting together a business plan.” State and federal laws forbid franchisors from providing projections, for instance, except in very narrow situations. A franchisor can provide some historical financial information, but only through the format of the franchise disclosure document (FDD), whose contents are closely regulated by state and federal governments.

In short, bank financing is the gold standard of franchising, particularly if the loan is backed by the Small Business Administration (SBA). In recent years, however, there have been some challenges in that regard, Knack says. In some cases, the SBA will come back to the bank and the franchisee with additional conditions that neither has foreseen. Consequently, these surprises can cause disruptions and delays, such as losing a choice location.

The SBA wants to make sure that the lending it’s backing is offered to a small business, “not simply some entity controlled by a larger entity,” Knack says. There has been a debate within the federal government about whether franchisees “are truly independent businesses,” he adds, and the issue is still somewhat unresolved.

Sara Jespersen has been a franchisee. A few years ago, she also became a franchisor herself.

Along with her husband, Nathan, Jespersen owns or co-owns five Anytime Fitness gyms, all in the Twin Cities metro. A sixth will be opening in the fall. Jespersen launched what became the Trumi program at her Oakdale Anytime Fitness location, the Jespersens’ first, which they opened in 2006; she found Trumi was a business-builder there. When other Anytime franchisees asked about the program, Jespersen began licensing it. In 2012, Jespersen sold the first Trumi franchise.

Trumi is a 12-week wellness program that Jespersen began developing in 2003. Incorporating fitness, nutrition and holistic health, Trumi is designed to be “supportive and encouraging,” Jespersen says. The program includes a one-hour small-group workout four times a week, along with weekly over-the-phone coaching. “Eighty percent of our clients return every 12 weeks,” Jespersen says. The Trumi approach can be tailored to each clients’ goals and capabilities, and is designed to be rigorous but supportive. “We’re the opposite of the scream-in-your-face approach,” she says.

There’s also a second Trumi product, as Jespersen terms it. This is a wellness coaching program that incorporates clients’ personal goals—whether it’s losing pounds or going from 12 sodas a week to 10, she says. Trumi coaches conduct these sessions via once-a-week phone conversations.

Trumi now has 14 franchises. Most are in the metro area, with one in Wisconsin and another in Tucson, Ariz. The franchise fee is $4,999. Franchisees don’t need to buy much equipment, and they don’t need to lease a location. “All they need is a basement, a church, wherever they can find space,” Jespersen says. Qualifying franchisees need to have national certification in personal training. A Trumi franchisee may choose to operate solely as a health coach. “All they need is an internet and phone connection,” Jespersen says. Though the vast majority of franchisees operate part time, she says, about 20 percent of them are full-time Trumi operators.

In becoming franchisors, the Jespersens have benefited from their connection with Anytime Fitness. That franchisor’s founders encouraged their ideas, Jespersen says, sharing insights, lessons and ideas rooted in their own fitness-business experience.

What’s more, Anytime’s strong brand “gave us financial security while we explored entrepreneurial ideas,” Jespersen says. In fact, she and her husband have launched a second, non-franchise company called Wellbeats. This is an automated group-exercise program the Jespersens developed for the Trumi space within their Anytime locations when that space isn’t in use. Wellbeats have been purchased by hundreds of other gyms as well as by military exercise centers. —G. R.

How big a risk?

Obtaining financing is easier for those who have built up some wealth from their corporate careers before deciding to pursue the dream of running their own business. What concerns Jeffery Haff, a partner with Minneapolis law firm Dady & Gardner, are people who turn their hard-earned exempt assets—those safeguarded from creditors—into non-exempt assets used to cover start-up costs of a franchise. Lenders want collateral. “For most people, their house and their retirement account are where their wealth is,” notes Haff, who has represented franchisees nationwide for 20 years. But if a franchisee deploys those assets as collateral and the business fails, creditors can claim them.

The best-case scenario is a SBA loan backed by something other than a house or retirement account, Haff says. This won’t protect non-exempt assets if the business fails, but at least the franchisee can hold on to his or her house and retirement nest egg.

Though banks have been more willing to make loans since the Great Recession receded, they’re still cautious. Haff suggests that potential franchisees seek out franchisors that have friendly relationships with lenders.

Franchising costs typically include more than the franchise fee. In most cases, the franchisee will need equipment or even real estate. There are equipment leasing programs, which can help ease the financing crunch, particularly at the start. Franchisors will disclose the availability of such programs in the FDD. Leasing usually is not handled directly through the franchisor; instead, it typically occurs through an outside vendor.

Needless to say, such provisions can cause a great deal of tension between the franchisor and franchisee.

Kumon franchisee Taneja isn’t experiencing any of those difficulties. The franchisor has given him plenty of helpful guidance, and he didn’t find it difficult to get bank financing, though he did shop around for the best terms.

Running a business of his own is a lot of work. Long days stretch into the late afternoon and early evenings, when Kumon’s programs run. But Taneja is happy with how it has worked out so far. Operating a Kumon franchise fits in with Taneja’s “philosophy of life,” which is less focused on making a lot of money and more on work-life balance—having the opportunity to attend his sons’ baseball games.

“From a business perspective, you want to make a profit so that you can have a good life,” Taneja says. “But at the same time, you want to have a purpose.” tcbmag