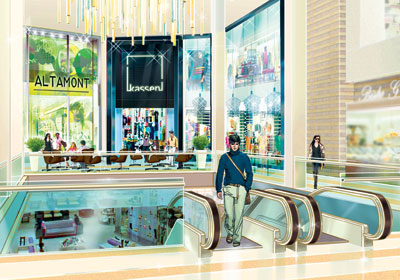 Was it frugality or a retailer that never delivered on its vaunted rep?
March 11, 2012

We’ve grown accustomed to being dumped by luxury retailers, so Bloomingdale’s departure from Mall of America came as no surprise to anyone in commercial real estate—or to the few who shopped the store locally. From Polo Ralph Lauren to Saks Fifth Avenue, the rationale is always the same: Minnesotans are too frugal to support high-end retail.

That storyline was revisited when news broke about Bloomingdale’s, but it doesn’t quite add up. Mall of America reported a record 10 percent increase in mall-wide sales for 2011 and a 3.5 percent increase in traffic. In the last two years, the mall lined the updated corridor outside Bloomingdale’s with high-end shops including Burberry, Stuart Weitzman, and Michael Kors.

While Bloomingdale’s cried underperformance at MOA, Nordstrom added a Chanel department and bolstered luxury offerings throughout the store. Two years ago, Nordstrom even moved its annual fall designer preview fashion show from Chicago to MOA to appeal to jilted Oval Room shoppers.

Meanwhile, top designer brands, which a Bloomingdale’s customer expects, were nowhere to be seen at the store, and personalized service was hard to come by. “They never found their place,” says Stefanie Meyer, a senior vice president with Mid-America Real Estate Group. “Our mark is still Dayton’s.” Nordstrom and Von Maur at Eden Prairie Center have been more successful at filling that void, Meyer says, by emphasizing customer service and lenient return policies.

MOA isn’t bewailing the loss. Construction in front of Bloomingdale’s was expected to begin before the department store closes in mid-March. Without an obvious anchor replacement, MOA owner Triple Five Worldwide says it will invest $30 to $50 million to reconfigure the hulking 210,000 square foot store into a fashion wing. No names have been announced, but popular European fashion brands Zara and Topshop—both of which have opened in Chicago—seem likely contenders based on the mall’s promise of “at least four international, fashion forward retailers.” There’s been talk—just talk—of Von Maur, given the mall’s plans for a 90,000-square foot store to straddle the first floor and a new basement. The third floor will be devoted to “value retailing.”

“This gives us an opportunity to be a trendsetter,” said Dan Jasper, vice president of public relations for the mall.

Clearly, shoppers will be the judge of that.