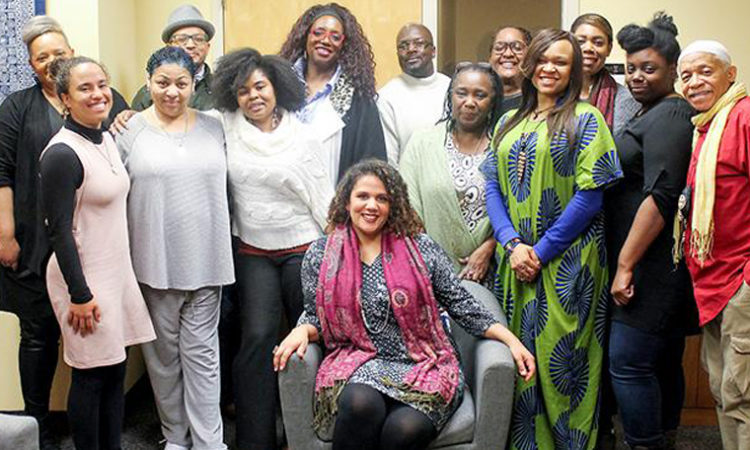 Fellowship Hopes To Spur A New Generation Of Minnesota Cooperatives

The Northstar Black Cooperative Fellowship will help train ten African-Americans who are either looking to start a new co-op or get extra support for their current cooperative enterprise.
March 14, 2017

For 20 years, Janssen Hang’s family has made a living by farming rented land around the Twin Cities. But since the family never owned their own land, they often had to move between several different parcels, never fully reaping the benefits of their labor.

The result, Hang said, was that his family, like many other Hmong families who supported themselves by farming, struggled to maintain a decent living. “That was frustrating and there wasn’t stability,” Hang said. “That’s the biggest thing that comes with ownership, you feel you have more stability.”

That’s why Hang helped found the Hmong American Farmers Association (HAFA), which eventually built a 155-acre farm just south of St. Paul where Hmong farmers would have access to year-round farmland. The farm, which is cooperatively owned by local Hmong farmers, is the sort of co-op business in the state that puts the ownership of an organization squarely in the hands of its own workers — and its model is now inspiring others to do the same.

Last week, Nexus Community Partners — a Twin Cities nonprofit working to build up the state’s communities of color — launched the Northstar Black Cooperative Fellowship, which hopes to spur a new generation of black-owned cooperatives in the Twin Cities and, eventually, across the state. The four-month fellowship will help train ten African-American participants either looking to start a new co-op, or get extra support for their current cooperative enterprise — as well as educate the fellows about the long history African Americans have with cooperative economics.

Danielle Mkali, who manages the fellowship for Nexus, said they hope to see cooperatives become commonplace again among the Twin Cities’ communities of color. Co-ops were far more common in African American culture decades ago, but for many reasons have since shut down. Today, Mkali said, the cooperative model could really help build and keep wealth within communities that have historically suffered from generational poverty and lack of economic opportunities.

When most people think of co-ops, they think of grocery stores, said Christina Jennings, executive director of Shared Capital Cooperative in south Minneapolis. But the reality is, she said, that cooperatives exist in almost every industry and there are hundreds in the state. “Minnesota has more co-ops than any other state,” Jennings said.

Shared Capital — which provides loans and other financial assistance to Minnesota co-ops — currently works with 80 different cooperatives, Jennings said. And last year, about 650 co-ops were registered with the Minnesota Secretary of State.

Despite those numbers, Mkali said, there’s a lack of cooperatives owned by people of color, even though such enterprises could benefit communities of color greatly, especially when addressing common barriers people of color tend to face when starting a business — things like lacking access to small business loans and coming from economically depressed areas. “Often in communities that have been impacted by generational poverty, low credit scores often go hand in hand with that,” she said.

Me’Lea Connelly, one of the fellowship’s participants, agrees. Her organization — the Association for Black Economic Power — raised $420,000 since last summer, which they hope to use to open a new credit union in north Minneapolis by next year.

The credit union would directly put economic power in the hands of the community, who would also own the institution, Connelly said. That does a lot for both morale and for economic opportunities for a region of the city that she says feels they are often overlooked and unheard, she said. “Just the fact that it’s something that the community built together will spark something that looks like an economic and cultural renaissance.”

Keeping wealth and control in the community

O’Connor Toberman said NEIC was formed in 2011 to address the high number of neglected and vacant lots in the northeast Minneapolis at the time. “We had a really high absentee landlord rate, particularly along Central Avenue,” she said. “A lot of the people who own properties on Central Avenue don’t live anywhere near it.”

Several residents pooled their money together to buy some properties in order to lease them to local businesses, O’Connor Toberman said. “Since we’ve purchased our property, several other buildings on the block have been renovated and owned by neighborhood folks,” she said. “That’s money that’s going back to every-day people, many of whom live in the neighborhood … and are spending at other small businesses.”

Chaun Webster, another Nexus fellow and a longtime resident of north Minneapolis, said he hopes creating cooperatives will generate the same kind of economic growth on the north side. During his fellowship, he said, he’ll be exploring how starting a housing co-op might help address rampant foreclosures in his community, and also spur more home-ownership.

Mkali said she’s also particularly interested in seeing how cooperatives could help get more impoverished families into home ownership, and thinks co-ops might even help stave off gentrification. “When we put our wealth together collectively, we can make decisions to buy more of those homes and really benefit the poor and working class families in Minneapolis that ought to be able to have the ability to buy those homes,” she said.