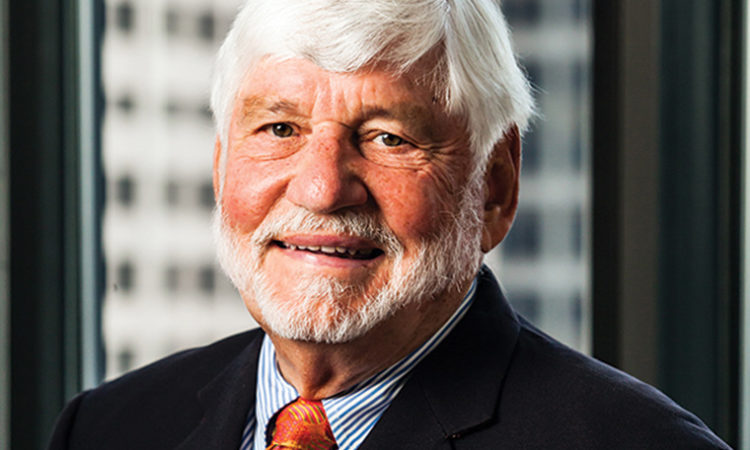 In a multi-generational family business, outside board members can bring tremendous value and help relatives shape their business strategy.
April 02, 2017

As a consultant to business families, I’m often asked, “Do you really need a board of directors?” My answer is always “Yes and no.”

Corporations are legally required to have a board of directors. But many entrepreneurial companies have a board meeting once a year to satisfy the legal requirements. Essentially, those boards are inactive. So, yes there’s a board, but no, it isn’t made useful.

In fact, for entrepreneurs in family businesses, the idea of a board of directors is often seen as unnecessary or even onerous. When the entrepreneur is “doing everything,” the BOD just gets in the way. Even if a board might add value, it seems like an extra burden or waste of time. Here again, the BOD is not allowed to be useful.

However, the answer to having a board is always “yes” when the business has several family members as employees and owners. Board and governance functions are on the business side of the equation, but an active board with outside advisory members adds value in other ways, including fostering unity in the family. This becomes especially apparent when the originating entrepreneur needs to hand off the baton to the next generation.

The new system should include an active board of directors of elected family members and independent, outside advisory members. A good process is to start with an advisory board and if appropriate, eventually move to a legal board.

Let me give you an example of how one of my clients created their board of directors. Let’s call it Peterson Realty. 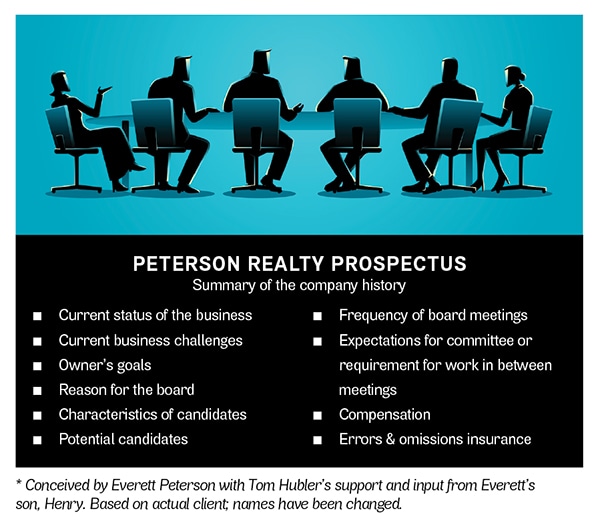 Everett Peterson (not his real name) was in the second generation of a family real estate business. When his father died, Everett was in business with his uncles and brother, but over the years he bought out all of the other members of his family until he became the sole owner. He continued to grow the company into a highly regarded enterprise.

When Everett was in his early 60s, he recruited his son, Henry, to join the business. Everett promised Henry the opportunity to try new things to grow the business. Then, however, Everett faced some serious health concerns, and his tolerance for risk diminished.

When I first met Everett and Henry, their main concern was their father-son relationship. After a few meetings with them, I clearly saw that their concern about their relationship was masking a larger issue that related to business plans.

To begin, we wrote a business plan for Peterson Realty. I encouraged them to collaborate so that they both could blend their different ideas about how to expand the company.

The more challenging part of the solution was to create an active board of directors that included outside advisory members. Everett was reluctant to do this, but after a year of periodic discussions (yes, these decisions can take time), he saw its value and began to work with me to implement a board.

The first step was to create a prospectus. It was used to inform potential board candidates about the company and outline the board member’s job description. Everett was skeptical at first about the quality of the candidates he could recruit to join his board. He was pleasantly surprised by the quality and professionalism of four outsiders whom he and his son selected.

There were several initial goals for creating the board:

The board had four outside advisory group members, with backgrounds drawn from banking, financial, management and business, and commercial real estate. Four members of the Peterson family also joined the board including Everett’s wife, Laura, and his daughter, Diana.

Over the next three years with the BOD, Peterson Realty enjoyed positive growth, innovation and a healthy restructuring. The family, including Everett and Henry’s relationship, has never been better. In addition, the initial board members termed out and new members were recruited.

What began as a means to strengthen Everett and Henry’s father-son relationship became a plan that demonstrates for us how entrepreneurial companies can benefit from a board of directors that includes outside advisory members.