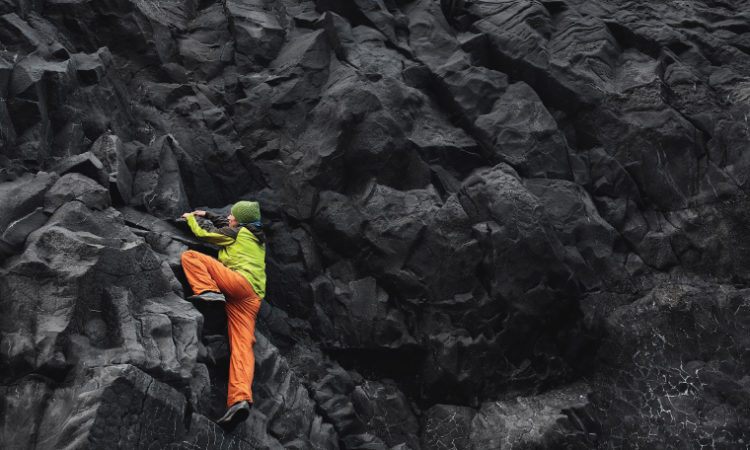 Family businesses that want to keep the company in the family need a clear and realistic succession plan.
By Gene Rebeck
June 03, 2019

Running a family business can be challenging. Harry “Paddy” McNeely III knows that those challenges can come from within the family.

In 1916, McNeely’s grandfather, Harry, founded what is now called the Meritex Co., a Twin Cities–based commercial property investment and management company. The business previously was called the St. Paul Terminal Warehouse Company. Paddy McNeely is now chairman and CEO of the company, which operates in seven metropolitan areas in addition to the Twin Cities.

Some decades back, McNeely’s father and his siblings had irreconcilable differences over the company’s direction, and the business split in two. That left Harry McNeely Jr., Paddy’s father, as the sole owner of Meritex. And it made him determined not to repeat that kind of conflict.

“He wanted us, and himself, to be educated about the [family business] field,” Paddy McNeely says. “How do you make these systems—families—work together?” Harry McNeely Jr. became one of the driving forces behind the development of the University of St. Thomas’s Family Business Center, which was founded in 1991. It’s designed to help these businesses create the kind of durability and resilience that Meritex has demonstrated over more than a century.

A good succession plan goes beyond which family members will run the business, and in what capacities. It also involves defining a clear sense of the company and its direction. In short, family businesses need a concrete succession strategy. Devising one might require going outside the family for help.

One of Paddy McNeely’s strongest beliefs is that it’s beneficial to learn best practices from experts and other families. “Sometimes those benefits can cause families to have their own important conversations,” he says.

One such professional is Sara Stern, owner of Family Business Minnesota, a St. Paul–based consultancy. Family businesses wrestling with succession often hire professionals like Stern for a number of reasons. She’s frequently contacted because families want to get the businesses organized before succession or want to have a clear plan to transfer ownership.

Previous successions that didn’t go well also can prompt family-owned businesses to contact consultants. Often, there wasn’t a plan in place “and something terrible happened, like someone died or got divorced,” Stern says. When there’s no road map for the family and the business to follow, “it tends to be very expensive for the business, and for the family,” she adds. “Sometimes it kills the business.” In an ideal scenario, succession planning and estate planning are closely intertwined. A business-owning family without a plan might be on the hook for a tax bite big enough to require liquidation.

That’s not to say that a succession plan must be written in stone. It can—and should—evolve as the next generation grows into management roles.

On April 1, Nicole Baltes became president of Ramsey–based B&F Fastener Supply, which her father, Loren O’Brien, co-founded in 1988. The job wasn’t simply handed to her. Growing up, Baltes had no intention of joining the company, which distributes fasteners that are used in manufacturing and construction.

But during her senior year in college, she worked in a part-time job at B&F and found herself falling in love with the business and the way it treated employees and customers. There also was an element of family pride, based on “the fact that we’ve been so successful and that we grew from one location to 15 locations covering six states,” she says.

In 2013, Loren O’Brien transferred stock of B&F to his four children, mostly for estate planning reasons, Baltes says. That move “made us have some conversations about succession and what we truly wanted to do,” she notes.

Aryn Young, one of Baltes’ sisters, is the company’s marketing director. The third sister, Kari O’Brien, is a school teacher and has no plans to work at B&F, though she has kept an ownership stake. Baltes’ brother, J.J. O’Brien, transitioned this year from a management spot in the fastener division to a position in B&F’s growing manufacturing operation. The family decided it made sense to have an owner focused on each division. The plan is to have O’Brien steadily climb the ladder to learn that side of the business. He continues to participate in upper-management meetings and decision-making.

Loren O’Brien’s plan noted that Nicole and J.J. “were both young and pretty inexperienced in the business,” Baltes says. “We needed to see all aspects of the company, from sales to the operational side.” Her father continues to hold the title of CEO, though he is no longer involved in day-to-day management. Baltes, meanwhile, works alongside B&F’s experienced upper-management team.

So far, succession at B&F has run relatively smoothly, but “there are always bumps in the road,” Baltes says. In some cases, that’s because her generation of leadership has taken approaches to management that differ from those of their father. “But by working together, we’ve learned how we communicate and how each of us thinks,” she says. “So when those instances arise where I have done something differently than he would have chosen to do, we can actually communicate with each other instead of getting mad about it and not dealing with it appropriately.”

Building bridges of communication is something family business consultants often are called upon to do. “Conflict is inevitable,” Stern says. The real goal is more about managing conflict than avoiding it, she notes. She stresses the importance of getting together and defining a vision for the business going forward. The discussions can produce a shared vision.

Getting family members to communicate also is a central part of the work conducted by Justin Anderson, founder and CEO of Edina–based JSA Advising. The firm often approaches family business systems from the psychological and human perspective. This includes many facets, such as leadership, motivations and psychological drivers, trust, growth and development, and distress patterns.

A sports psychologist for college and professional teams, Anderson found himself being asked to provide succession planning to team-owning families. He now offers this professional service to other types of family businesses. (Sports psychology remains about half of his practice.)

In developing his work in succession planning, Anderson draws from Roy Williams and Vic Preisser’s 2010 book Preparing Heirs: Five Steps to a Successful Transition of Family Wealth and Values. Williams and Preisser found that 60 percent of transitions that don’t work out fail due to a lack of trust and communication within the ownership group. (Another 25 percent fail due to a lack of preparation from the next generation.)

“It’s important to realize that even though we’re talking or sharing our opinions, we’re not necessarily communicating effectively,” Anderson says. One of the ways he helps turn talk into true communication is a psychological assessment tool called the process communication model (PCM). The PCM approach identifies people’s psychological drivers or motivators, as well as their preferred channels of communication, “how we’re motivated will determine how we want to receive information,” Anderson says. “We’ll educate our clients on these models, and we’ll use tools like [PCM] to help them develop a common language.”

In addition, Anderson helps his family businesses create an effective governance structure process that enables healthy communication and outlines the roles and responsibilities of the owners.

Governance is one of the chief reasons for Meritex’s durability. The company’s seven-member board has only three family members (Paddy McNeely, his father, and his sister Cara). The other four are independent. The board “has provided a great deal of strategic insight and oversight, and a means by which the shareholders can communicate what they want the business to become,” McNeely says. “The board can then work with the management team on making that happen.” (The directors could even fire him if they so chose, McNeely says.)

Independent outsiders who are experienced in other fields broaden the perspective in the room, McNeely says. “They ask us good questions as a management team, and cause us to really think through our strategy in concert with the multigenerational ownership objectives.”

Each business family has its own particular dynamics, which relate to both the family and the business. Sally Stolen Grossman, a principal at Minneapolis–based law firm Gray Plant Mooty, identifies several elements of a successful transition. Her practice focuses on family business succession. Key elements include legal aspects of transition, such as clearly written buy-sell agreements between generations. There also are strategies for minimizing estate taxes on a business.

In addition, an effective transition strategy focuses on fundamental issues. “You have to figure out the answer to two questions,” Grossman says. First, when do you want to transition—upon your retirement or upon your death? Secondly, should the business stay in the family? If the children don’t want the business, should it go to non-family insiders, like a veteran management team? If neither is an option, then a sale could be the answer.

If the parents and their children want to keep the business in the family, it’s possible for the parents to “treat children fairly without treating them identically,” Grossman says. If they’ve chosen a particular child to be the successor, she recommends that the owner or owners ensure “the other children are getting equal value.” That value could be derived from other assets, such as investments or insurance. “That avoids putting the active child in a very difficult position of trying to run the business for his or her siblings who might want the money from the business and not to put that money back into it,” Grossman says.

“Many family businesses ask, ‘When is the right time to start this process?’ I would say now,” Anderson says. He argues that handling succession issues earlier can make the planning aspect less stressful. Succession-planning gatherings can even have an element of fun—a chance to enjoy each other’s company. Anderson notes that’s accomplished through a “retreat-style meeting setting where they have meetings in the morning and family time in the afternoon.”

Families shouldn’t procrastinate on succession planning, because many families are touched by unexpected deaths. “I’ve read too many articles about how a death in the family can rip the family apart and can tear apart a company because it could put it in financial distress,” Baltes says.

At Meritex, Paddy McNeely and his five siblings are now preparing the fourth generation to take charge. Among them, the third generation has 14 children. So far, one member of the fourth generation—Rose McNeely, one of Paddy McNeely’s four daughters—has joined the company. She applied for an open position as an investment analyst; her father neither encouraged nor discouraged her, and he couldn’t guarantee she’d get the job. With Meritex hoping to expand its portfolio, Rose saw an intriguing opportunity to use her previous work in the investment advisory business to help move the company forward.

All family members are aware of “what we see coming down the road the next couple of years in terms of opportunities as the business grows,” Paddy McNeely says. They also know the jobs that Meritex expects to have open in the near future. McNeely says he and his siblings want the next generation to consider joining Meritex.

“If they don’t, we just want them to be well-educated, committed shareholders and have a role in a family council in helping shape the vision for the business, and steering where the business goes and where the family goes,” he says.

Succession planning is like raising a family—it’s not an automatic process. As McNeely puts it, “Succession isn’t really an event. It is something that is going on all the time.”