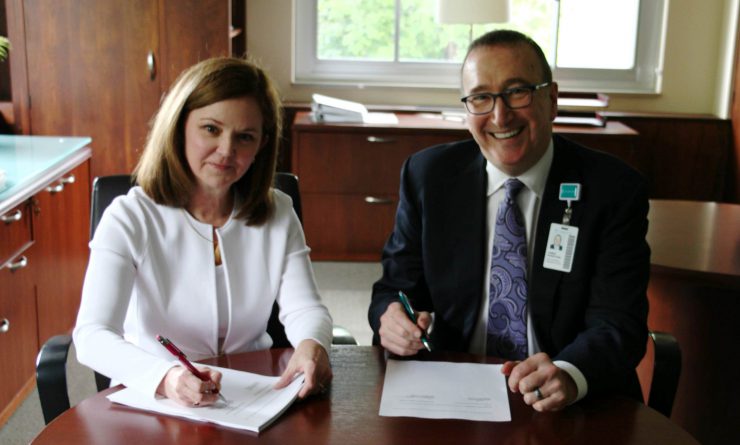 The combined organization will be the Twin Cities' largest health provider.
May 17, 2017

The boards of Fairview Health Services and HealthEast approved a final agreement on Tuesday that would merge the nonprofit health providers effective June 1.

Fairview currently has around 25,000 employees with seven hospitals and over 40 primary clinics, while HealthEast has 7,500 employees in four hospitals and 14 clinics. The combined organization would largest health system in the Twin Cities.

There’s little overlap between the two’s territory—Fairview primarily the western half of the metro, HealthEast the eastern portion—making them complementary to each other, a spokeswoman told TCB in March when the merger was first announced.

“Bringing Fairview and HealthEast together gives us the opportunity to create a world-class health system committed to serving our communities and the region,” James Hereford, president and CEO of Fairview, said in a statement.

Hereford will lead the new organization with HealthEast CEO Kathryn Correia becoming chief administrative officer. Fairview’s board of directors will govern with three of HealthEast’s current board members joining them.

Patients using the services probably won’t notice any changes at first. Both organizations will retain their names and logos for the time being. HealthEast said on their website that it will offer “a broader range of services” in the future because of the merger.