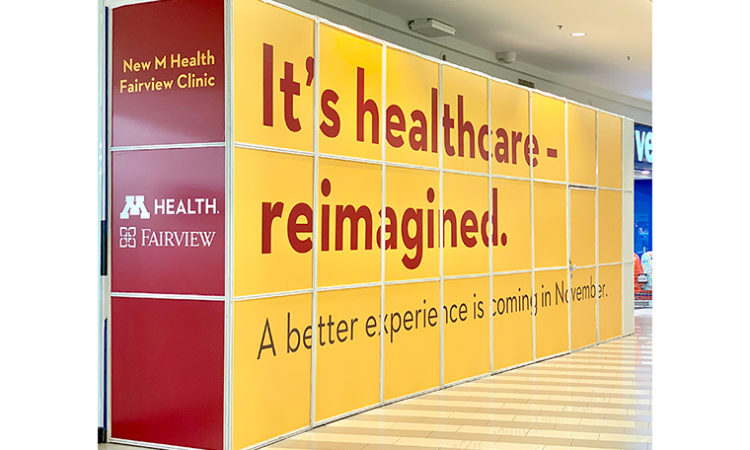 (Photo courtesy of Mall of America)

Fairview Health to Open Clinic at Mall of America

The new site will be Fairview’s first clinic in a mall, but it’s not the health system’s first foray into the retail space.
By Dan Niepow
July 16, 2019

Can a clinic survive at the mall? Minneapolis-based Fairview Health Services will soon find out.

The clinic is slated to open in November, according to Fairview.

Located on Level 3 East, the new clinic will provide physicals, vaccinations, employer drug screenings, treatment for minor illnesses and injuries, and a few other common services. The clinic fills an undeveloped space between Walgreens and Five Below, a mall spokesperson said in an email. (A retail brand previously occuped the space.)

Fairview is leasing the space from MOA. Terms of the lease were not disclosed, per MOA policy.

The 2,300-square-foot clinic will serve MOA employees and tenants, as well as Twin Cities visitors. In a news release, Fairview notes that the new location will provide treatment for travel-related sleep problems and gastrointestinal distress.

The clinic will feature five exam rooms, a testing lab, a radiology room, and a pharmacy.

The new site will be Fairview’s first clinic in a mall, but it’s not the health system’s first foray into the retail space. Fairview operates two Express Care clinics at Coborn’s locations in Princeton and Milaca, Minnesota.

And it’s not the first health-related offering at MOA, either: Nearly eight years ago, Mayo Clinic opened a small storefront with limited clinical services in the mall. But Mayo closed the site in early 2013.

At the time of the closure, Mayo Clinic told the Star Tribune that it “learned a great deal about delivering health and wellness offerings in the retail setting.”

Mayo Clinic hasn’t attempted to open another site at the mall since.

“Mall of America continually looks at what conveniences and services can be added to our roster of offerings within the property,” said Jill Renslow, MOA’s senior VP of business development and marketing. “We are thrilled to welcome M Health Fairview to our eclectic mix of retailers, dining, and attractions at Mall of America.”