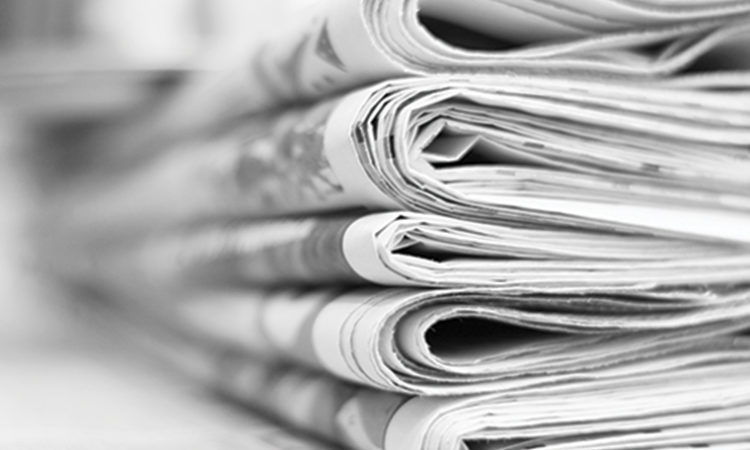 EXTRA! EXTRA! The Big Headlines from 2019

During the session, the governor and members of his administration held press conferences in targeted Republican rural districts at intersections and highways that badly needed repair.
February 06, 2019

Newspapers are the first draft of history. But the drafting could use some help, so here are the headlines for 2019.

Senator Amy Klobuchar, senior senator from Minnesota, after announcing her exploratory committee for the Democratic presidential nomination, explained that she planned to visit all 99 counties in Iowa in the next two months. Observers noted that Senator Klobuchar has made a point of visiting all 87 Minnesota counties each year. So, county-visiting has been a staple of the Klobuchar political tool kit.

All of our recently elected Democratic presidents have come from the middle of the country: Georgia, Arkansas, or Illinois. Supporters of Senator Klobuchar noted that she is the only female, center-of-the-country, non-DNA-test-taking candidate in the race.

The senator is a pragmatic, reach-across-the-aisle, low-key but persistent office holder. It may be the time when the country yearns for an Amy Klobuchar, truly the senator next door.

When Governor Dayton first took office, the state-projected budget deficit was $6.1 billion, with an additional $2 billion “borrowed” from the K–12 education budget (the rainy day fund was less than $1 billion). On Dayton’s last day in office, the state enjoyed a projected budget surplus of $1.5 billion, completely repaid the “borrowed” funds from the K–12 school budget, and established a $2 billion rainy day fund. In addition, Dayton fulfilled his campaign pledge of increasing education resources every year of his governorship, capped by the establishment of a pre-K education grant system.

The new University of Minnesota President Joan Gabel, the product of a single-finalist search process, announced that she will empower Athletic Director Mark Coyle to “clean house.” It is de rigueur that a new incoming U of M president faces an athletic department scandal.

President Gabel, an attorney by background, decided to get ahead of the athletic department problems by publicly empowering her experienced and tough Athletic Director Mark Coyle to do a complete evaluation of the entire athletic department. Noting that very few scandals ever occurred in the women’s side of University athletics, President Gabel said she would bring a fresh perspective to the University’s oversight of its athletic programs.

Tim Walz campaigned on building One Minnesota with an expanded budget for statewide infrastructure: roads, bridges, and rural broadband. Today, at the end of the legislative session, the governor’s plan for infrastructure was adopted as part of the omnibus bill. The $4 billion spending bill included a provision for a 10 cents per gallon gas tax and a provision for additional bonding in the future. Walz was aided in his infrastructure effort by rural Republican senators’ support for roads and bridges in their home districts. During the session, the governor and members of his administration held press conferences in targeted Republican rural districts at intersections and highways that badly needed repair. On a related note, at the end of the session, several Republican state senators from rural districts were considering gubernatorial appointments.

Of course, the news of 2019 was dominated by a headline in typeface not used since the afternoon of December 7, 1941. It became obvious as the year went on that the only way President Trump could protect himself, his family, his foundation, and his various commercial interests from multiple indictments and criminal trials was dealing immunity for resignation. In true Trump fashion, he announced that he was resigning because he could not get Democrats to agree to keeping America safe by building a wall. On a related note, the ACLU immediately filed suit to negate that part of the Trump deal that prohibited him from ever running for elective office as a violation of his First Amendment freedoms.

These are the events that dominated the news in 2019. There were no headlines about men’s professional sports teams enjoying playoff success.