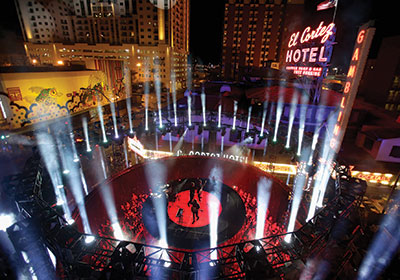 Physical media is still a big business for Target and Best Buy.
December 05, 2015

As music streaming evolves into the dominant listening mode, Minnesota’s foremost retailers are entrenched in an exclusivity battle within the dwindling CD market. For more than a decade, Target and Best Buy have been engaged in the business of music joint ventures.

Last year, entertainment research firm IEG totaled the amount spent on music sponsorships nationwide at a whopping $1.34 billion. When it comes to the retailers, there’s still a lot of money to be made in the CD business—$3.2 billion in the first half of 2015 to be exact, according to the Recording Industry Association of America.

The typical retailer exclusive, according to Bob Lefsetz, American music industry analyst at entertainment industry trade Variety, is paid for, if you will, with a large guaranteed order and agreed-upon price, positioning and marketing standards.

Next Big Sound, a music analytics firm, determined that after one month into campaigns with partnered artists, Target gained $1.92 million in earned media value from Trey Songz, $1.85 million from Sam Smith and $663,000 from Taylor Swift. The metric is based on fans who begin to follow or like Target through social media due to music exclusives. The strategy is that newly “converted” fans will transition into regular Target shoppers. The retailer’s most elaborate brand-band integration came during the 2015 Grammys when it bought a four-minute, $8 million advertising break for Imagine Dragons to perform on a red bull’s-eye stage in Vegas.

Best Buy has entered hard-fought battles to ensure that certain artists arrive solely on its shelves. In 2003, its exclusive distribution of a Rolling Stones concert DVD caused U.S. and Canadian retailers to threaten to boycott the entire Stones discography. As Shane Kitzman, spokesman for Best Buy, puts it, the “unique opportunities are the ones that set us apart as a destination for fans.”