Bill Davis allegedly diverted at least $250,000 for personal use between his family and friends that paid for vacations and a new car.
September 21, 2015 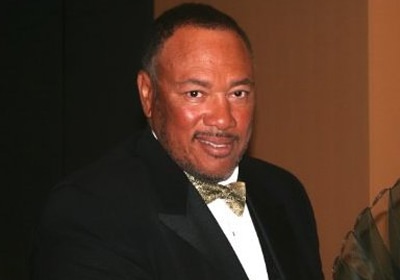 A federal grand jury on Thursday indicted Community Action of Minneapolis (CAM) CEO Bill Davis on 16 counts of fraud and theft for the use of public funds as a personal slush fund.

Court filings from the U.S. Attorney’s Office indicate that Bill Davis diverted at least $250,000 in public funds intended for CAM, a non-profit organization and provider of nutrition, energy assistance, and weatherization of homes for low-income Minneapolis residents.

The 64 year-old had held his title for 25 years until CAM issued his suspension without pay in mid-October 2014.

Prosecutors assert that between January 2009 and October 2014, Bill Davis totaled $77,000 of CAM funds for personal use, including airline tickets, hotel stays, rental cars and a Caribbean cruise. Some of the theft was orchestrated through a company credit card “for agency authorized activities only” that he was issued. The credit card was linked to a fund supported by CenterPoint and Xcel Energy as part of an agreement to provide certain services to qualifying homeowners.

It's being argued that one of Bill Davis’ more significant cases of theft came in May 2011. At that time, Bill Davis traded in the CAM-owned 2005 Chrysler 300 and used the more than $10,000 trade-in value to upgrade to a 2011 Chrysler 300 for himself. Almost four months after this action, he advised CAM’s board of directors to authorize a loan for the vehicle purchase, yet never disclosed that he already purchased the car using CAM funds.

Before this, prosecutors said Bill Davis had been using CAM money to bankroll his son for a manager position held at a Ben & Jerry’s ice cream shop near the University of Minnesota’s Minneapolis campus. The shop operated as a job and entrepreneurial training program offered to underprivileged youth facing employment barriers. Jordan Davis did work as a manager of the shop from 2002 to October 2006, until he gained employment with the Minneapolis Police Department. However, his paychecks never ceased.

It's alleged that despite CAM hiring a new manager, Jordan Davis received $1,320 paychecks every two weeks from Ben & Jerry’s from at least March 2007 until January 2011, amounting to at least 105 checks for a no-show job.

The court documents note that fiscal staff at CAM urged Bill Davis to discontinue the payments, but he refused and ultimately instructed CAM’s CFO to issue a $6,000 bonus check to Jordan Davis. Altogether, Jordan Davis was paid more than $140,000 for a job he did not perform and the Ben & Jerry’s had since been shut down.

Some of CAM’s workers were aware or suspicious of Bill Davis’ alleged acts of theft. The court filing claims Bill Davis “used intimidation and retaliation to prevent CAM staff from informing anyone, including CAM’s Board of Directors,” in regards to his diversion of the non-profit’s funds. Allegedly, he issued written reprimands to employees and demanded they refrain from communicating with state agencies and CAM’s financial auditors. Bill Davis even threatened employees with suspension or termination and demanded one employee look up the definitions for “insubordination” and “loyalty” after contradicting him in front of other staff members.

Although Bill Davis has yet to make a comment regarding his indictment, Jordan Davis told the Star Tribune that he would plead not guilty. Jordan Davis was placed on paid administrative leave from the police force and is not allowed to carry a firearm for the time being.