Multiple studies gauge how businesses are being affected by health care reform, and how they’re bracing for ongoing changes.
November 30, 2013 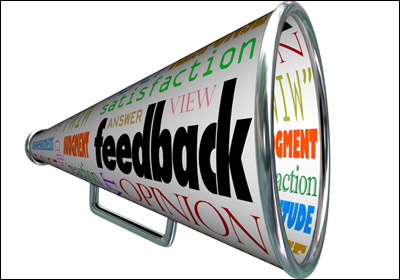 While substantial attention has been given to the so-called “play or pay” rule, which will penalize larger employers that don’t offer insurance in 2015, a series of recent reports indicates that businesses of all sizes, in Minnesota and elsewhere, are voicing their concerns about health care reform.

A report released in late October by the National Federation of Independent Businesses (NFIB) paints a picture of frustration, primarily with the rising cost of premiums. Indeed, 64 percent of respondents said they paid more per employee for health insurance in 2013 than they did the prior year, while a mere 6 percent reported a decline.

The most common effect of those higher costs was decreased profits, while many businesses said they defrayed the increased expense by boosting productivity or by delaying, postponing, or eliminating other investments.

The NFIB gauged the responses of businesses that employ anywhere from two to 100 employees, meaning some of the respondents are large enough to be subject to “play or pay.” (Those with more than 50 full-time or full-time-equivalent employees must comply; learn how to properly count your employees here.)

There also appears to be a need for additional education: Only 17 percent of respondents to the NFIB survey said they're “very” familiar with the Affordable Care Act (ACA), while roughly half said they’re “somewhat” familiar. The complete NFIB report, which runs 58 pages, can be downloaded here.

The Minnesota Chamber's survey, which was conducted in August, polled 350 Minnesota businesses of all sizes. Twenty-eight percent reported that health care is among the top two barriers to job creation.

Meanwhile, employees throughout the country are also bracing for what they anticipate will be higher health care costs. In a recent nationwide survey of employees conducted by the National Business Group on Health, a nonprofit association of more than 375 large U.S. employers, more than half of respondents (54 percent) believe their health insurance premiums will rise over the next year because of the ACA.

The long-term outlook is no better: 56 percent expect costs to jump over the next three to five years, and about 32 percent expect the quality of their health care benefits to decline during that period. That survey was directed at employers that have at least 2,000 employees, so it reflects largely those businesses that have historically offered coverage.

That’s not to say, however, that those respondents have found a better alternative: 47 percent said they are not confident that they could procure a health plan with the same or better quality than their current plan.

And new research released this month by the U.S. Chamber of Commerce and the International Franchise Association (IFA) suggests that employers are not only planning changes in response to the ACA—but some are already making them, despite the fact that “play or pay” was delayed until 2015.

For example, 28 percent of businesses that responded to the survey reported that the employer mandate will lead them to drop coverage for their employees in 2015.