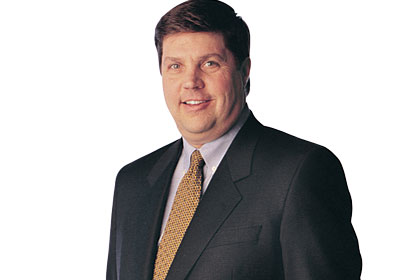 Some reporters interact primarily with other reporters. Do you imagine that makes them better reporters?
By Jay Novak
April 01, 2009

There are undeniable advantages to getting older. Old news becomes “history,” and you know all about it. Trivia questions become easier to answer. You recognize more of the people you see in the skyways, and they often say hello, which is fun even if it’s strictly a function of having been around for a while.

Knowing a lot of people can, of course, be a hazard. It means more requests to contribute to someone’s favorite charity or to provide “20 minutes” of career counseling to the nephew who thinks he “might just like working in your field.” In my field, it can also lead to questions of independence of judgment when it comes to selecting and editing stories for publication.

A prime example is Dave Beal’s “Capital Beat” column. This month's subject is Northland Securities, which specializes in managing the issuance of tax-exempt bonds by municipalities throughout Minnesota, and which recently has begun to share large underwritings with large Wall Street companies.

I do not have a vested interest in Northland. I will be unaffected financially if it prospers or fails to prosper. But I do have connections there. As Beal writes, Northland was founded in 2002 by a group of brokers, traders, and debt originators from MJSK Investment Securities, where I worked as a banker for two years before returning to Twin Cities Business in early 2001. One of Northland’s founders was Mark Beese, to whom I reported at MJSK. Pat Maloney, a founding shareholder and an institutional bond broker, persuaded Eldon Miller, the M in MJSK, to hire me in late 1998. (“I . . . I . . . I . . . I . . . I.” I’ve never used I so many times in so little space. You have to be wondering, “Is this oaf ever going to stop referring to himself?” The answer is yes, but not in this column.)

I was a general partner in Schumacher’s Bondhawk hedge fund, which (as Beal notes) performed well for its investors, a number of whom I persuaded to invest in it. My wife keeps a brokerage account with him. I have often expressed strong admiration for Glen Taylor, who owns 45 percent of Northland.

››› So let me ask you: Do I have a conflict of interest in running a story about Northland? I don’t think so, but you can decide. The advantages of having worked in politics, economic development, corporate communications, and banking outweigh the advantages of having to decide when to disclose familiarity with a subject. There are business editors and reporters who have no such dilemma, because they have worked exclusively as journalists, associate primarily with other journalists through their week, and socialize primarily with other journalists during their free time. I’m not sure that it improves their perspective. It does keep them free of conflicts of interest.

Beal himself is admirably sensitive to such conflicts. A few months ago, just before he started writing for this magazine, he wrote in the St. Paul Pioneer Press of a 1,700-employee enterprise that in 1995 nearly moved its headquarters from western Minnesota to Sioux Falls, South Dakota. Fortunately, “a top official in former Minnesota Governor Arne Carlson’s administration persuaded him to stay.” The unnamed “official” was me.

“I didn’t want to identify you, because I didn’t want anyone to think I was writing about you because you hired me to do the column,” Beal told me.

My intention is to disclose any connection to a story subject that it would embarrass me to have a typical reader learn about from someone other than me. Story subjects seldom mind those disclosures. I don’t expect the individuals I know at Northland to like Beal’s column any less because of this one. It would not trouble me to be wrong, which could be another advantage of getting older.