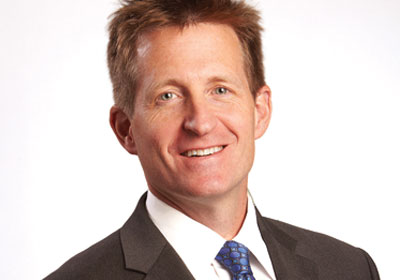 When competing with other cities for employers and employees, better retail’s a must.
By Jay Novak
May 01, 2011

Where do you shop?

Like many of you, I remember when the answer was “downtown Minneapolis.” It was the place to be, not only to take in the stores, but to feel the very essence of a city—the energy from all the people, busses, cars, window displays, signs, lights. It felt like a mini Manhattan.

Sure, it can still feel that way off and on during business hours in the summer months (primarily during lunch and when people are coming to or leaving work). But Saturdays and Sundays in downtown Minneapolis can be downright depressing: It’s like a movie set showing what happens after everyone’s been killed by a virus or taken away by aliens. Perhaps if movies could be made more often here than in Canada, we could take advantage of this attribute. Preferably, we find a way to bring daytime life and energy back to the state’s largest downtown.

A bustling city streetscape complete with retail customers is the most visible sign of a healthy downtown. In turn, it helps attract visitors and can serve as a recruitment tool for prospective businesses, employees, and residents. And while some may think it’s okay to not have such a scene here, several cities—including Austin, Texas; Chicago; Portland, Oregon; and San Francisco—are aggressively reinvigorating their downtown retail environments, or already have done so, to attract and retain employers, and the young urban professionals they need to hire.

Our cover story this month examines how retail in downtown Minneapolis is evolving. We originally set out to look at whether it will ever come back to the levels seen pre-1990s, but we discovered it’s already coming back, just differently and—surprisingly—without much help from city leaders. In fact, there is no individual or group dedicated to supporting and increasing retail in downtown Minneapolis.

We also found some things that could help spur retail activity.

Market what we have: There are more than 30 retail stores in the central business district, but you’d never know it as you walk down Nicollet Mall. Most are inside buildings without storefront windows; some are in the skyways.

You also would never know it based on the total void of any useful information on line. A list of downtown Minneapolis retailers, and a map showing their locations and nearby parking, could easily be added to the Web sites of downtown Minneapolis boosters Meet Minneapolis and the Downtown Council. And speaking of maps, what if we installed “shop downtown” kiosks along Nicollet Mall, providing an easier to use directory and map of retail shops within two blocks of the mall; installed similar informational signs in public parking garage elevator lobbies; and redeveloped skyway maps, so they show us store and restaurants locations?

Simplify “Do the Town” so parking’s free: After 4 p.m. on weekdays and all day on weekends, free parking, period. And perhaps the maps mentioned above could show where parking’s available next to various retail clusters.

Keep improving the experience: All the retailing experts seem to agree that retail today (beyond convenience and bulk-save shopping) is about experience. Clusters of stores with similar themes, in an attractive, welcoming urban setting complete with green spaces and nearby restaurants, entertainment . . . you get the picture.

Will downtown ever be as vibrant as it was back in the days when the photo on this page was taken? With 34,000 downtown residents, a growing business base, and improved theater, sports, and entertainment districts, we think it can be even better.

It was roughly 10 years ago when I met Andy Redleaf for a business, get-acquainted lunch meeting at his favorite restaurant, Famous Dave’s in Linden Hills. Dressed casually, he ate like a man who really loves ribs; forgetting about how much his beard could catch barbecue sauce. When we began to talk, though, it quickly became apparent from his comments and questions, and the intensity in his eyes, that this guy was sharp. Almost too sharp—the kind who can be difficult to keep up with in a conversation.

As he was just getting going on a new hedge fund, few people knew of Andy. Today, he manages $2.8 billion in assets and ranks as one of the best hedge fund managers in the nation. Yet still, few people know much about him.

Andy’s a good example of the kinds of stories that lay hidden in Minnesota. Our feature about him in this month’s issue, and our profile on Brady Benson in the March issue, are the types of stories we aspire to bring your way more often.

We’re also, of course, continuing to cover Minnesota’s most dedicated, accomplished, and successful business leaders—people whose names you’ll recognize, but whom you may not know that much about. For example, our Minnesota Business Hall of Fame story and event will honor five outstanding business leaders this July. And later this year, we’ll have stories and events highlighting outstanding corporate directors, fantastic family businesses, and successful small businesses.

In fact, we’re now seeking nominations for our annual Outstanding Directors Awards and for a program that’s new this year, the Minnesota Family Business Awards. When you have a moment, please pass along to us the names of any directors you may know who consistently provide exceptional service to their corporations. Let us know about any companies that succeed by combining the best of family values and relationships with business practices and financial performance. And as always, let us know about any other individuals like Andy Redleaf, who may be rather hidden out there but deserving of a story in these pages.