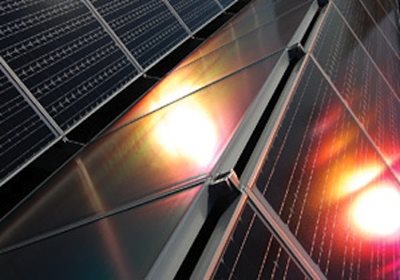 A 2013 state law helped pave way for community solar gardens, which will expand options for both residents and businesses seeking to get energy from the sun.
January 23, 2015

Two big Twin Cities firms made moves this week to be part of the ushering in of a new era of solar energy in Minnesota.

Ecolab, which employs 2,500 people in Minnesota and 45,000 worldwide, became the biggest Minnesota company to make such a commitment when it signed a 25-year deal with renewable energy developer SunEdison to acquire enough solar energy to offset nearly all electricity used in its business operations here.

According to the Star Tribune, this deal will see Ecolab acquire more solar output than what now exists in all of the state.

“When people think of solar they tend to think of places like California, Arizona, Hawaii and Florida. They don’t traditionally think of the Midwest. This is going to open up a lot of eyes.” Ken Johnson of the Solar Energy Industries Association, a Washington, D.C., trade group, told the newspaper.

Mortenson’s deal with SunShare, a community solar garden company with offices in Minneapolis and Denver, follows last month’s announcement by Xcel Energy that it is now accepting applications from third-party developers to build community solar gardens. The gardens have arrays of solar panels built at centralized locations whose energy output is shared by subscribing customers—both residential and business.

The State Legislature established the “Solar Energy Jobs Act” in 2013, calling for investor-owned utilities to receive 1.5 percent of their power from solar energy by 2020. The law also allows energy customers who can’t or don’t want to use solar panels on their homes or businesses to be able to purchase electricity from a solar array established elsewhere in the community.