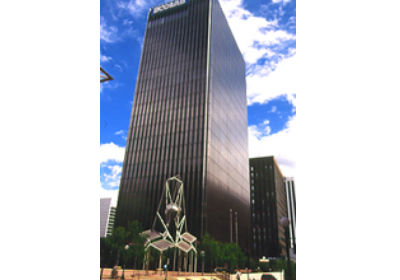 The amended deal does not include Champion Technologies’ refinery unit, which Ecolab believes was the subject of government concern over potential anticompetitive issues.
December 13, 2012

Ecolab, Inc., announced Monday that it has amended its agreement to buy specialty chemicals company Champion Technologies, Inc., to exclude a unit that sells water-treatment chemicals to oil refineries—a move that the company expects will alleviate federal regulators' concerns.

The announcement comes about three weeks after St. Paul-based Ecolab revealed in a regulatory filing that the U.S. Department of Justice (DOJ) had issued a “second request” for additional information and documentation related to the deal. Second requests generally indicate government concern over potential anticompetitive issues. A June report by the DOJ and the Federal Trade Commission indicated that second requests were issued in just 4.1 percent of merger transactions submitted to federal antitrust regulators during the fiscal year that ended in September 2011.

Ecolab in mid-October announced its intent to buy Houston-based Champion in a deal valued at $2.2 billion. It said it would pay about $1.7 billion in cash and issue roughly 8 million shares of its stock for Champion, which is a private, family-owned company. Under the terms of the amended agreement, Champion’s business unit that serves the “downstream” oil sector—a term used to refer to the oil refining and selling industry—will remain a part of Champion’s parent company, Permian Mud Service. The amendment reduces the value of the transaction to $2.16 billion, Ecolab said.

Ecolab spokeswoman Lisa Curran told Twin Cities Business that the company believes the DOJ’s second request was related to concerns about the Champion unit that serves the downstream oil sector. Ecolab's planned acquisition of the unit likely raised anticompetitive concerns as there are not many chemical companies that sell to refineries, and the amendment will likely resolve all regulatory concerns, she said.

The downstream unit is a very small part of Champion’s business, and “it’s not a strategic part of what we’re going after,” Curran said.

“When we announced the deal, we made it very clear we were focused on the upstream part, which is more stable and faster-growing,” she said, referring to the portion of Champion’s business that sells chemicals to companies involved in the extraction and production of oil and natural gas, rather than the refining and selling.

Champion employs roughly 3,300 people in more than 30 countries, and its 2011 revenue totaled $1.2 billion. Sales for its downstream business totaled approximately $50 million in 2011.

Ecolab said it continues to expect the transaction to close by the end of the year. Its chairman and CEO, Doug Baker, Jr., said in a statement at the time of the acquisition announcement that Champion offers “very attractive growth” and “an annuity-like revenue model generating steady and predictable earnings patterns . . .”

Ecolab said Monday that the amendment will not have a “significant impact on the deal economics” and continues to expect the transaction to be accretive to cash and earnings in 2013, the first full year of the companies’ merged operations.

Meanwhile, while Ecolab prepares to complete the Champion acquisition, it has closed on a different deal—one involving its vehicle care division, which it sold for about $120 million. The buyer, Atlanta-based Zep, Inc., said Monday that it will combine the former Ecolab division with its existing North American vehicle and fleet wash operations.

Ecolab, which provides cleaning products, food safety services, pest control, and energy services for commercial and industrial customers, is among Minnesota’s 15-largest public companies based on revenue, which totaled $6.8 billion in 2011. Its acquisition of Champion is poised to make it a key producer of oil field chemicals and give it a strong position serving fast-growing shale oil production areas in Canada and the United States.