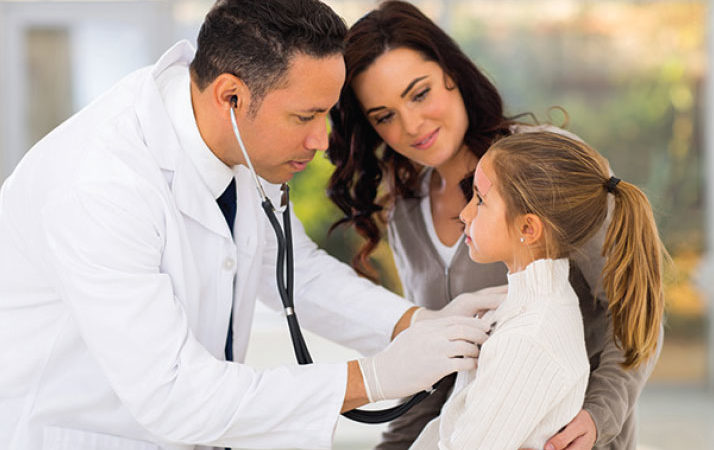 I’m fortunate to have children who feel comfortable talking with me about many things that I would have never have brought up with my parents. It wasn’t because I didn’t respect and appreciate them; it just seemed back then like their world was so separate from mine that, well, some things were best left unsaid.

It’s not that we didn’t talk. If they asked how my day was, I would share a lot. But I would never think of casually including that Janet was caught doing drugs again and sent to detox, while Paul was nearly busted but slid the joint from his sock underneath the counter while faking he had to tie his shoe. The fact that several kids in eighth grade were sneaking anti-depressants out of their parents’ pill bottles was never discussed either.

Today, one of my sons talks openly about the many kids he has heard about or knows whose parents take prescription medications, usually for pain, anxiety or depression, and have decided their children should follow suit. These kids say they’re being forced to take Prozac, Adderall and other drugs (some taking three or more every day) that they don’t like and make them feel worse rather than better. But they’re told they have to if they are to function more “normally.”

On the other side of the issue are the parents. I’m sure in most cases they carefully considered the issue, talked with the prescribing doctor, maybe did additional research and talked with their kids about it. That’s what we did when we went through this with one of our children. From that experience and my own research on this subject, I believe there’s way too much prescribing of behavior-enhancing drugs to kids in this country. And of course, there are other kids using illegally obtained prescription drugs as the whim takes them.

This is an issue of importance for employers. Overprescribing habit-forming drugs to kids is likely to lead to more of your future employees coming to you with a drug problem—in large part because they’re being programmed to believe they need to use a drug every day in order to function, if not succeed. For some this is indeed true, but for many others, I believe it is not. Kids also are more susceptible to addiction than adults, and the opioids and other drugs parents have increasingly placed them on (or that they sneak when they find their parents’ prescriptions) are terribly habit-forming, if not addictive.

Our cover story beginning on page 30 this month focuses on how substance abuse has exploded in recent years, primarily through the abuse of opioids, and how it is permeating our workplaces, or soon will. This column looks at how the next wave of opioid and other drug addicts could be reduced by focusing on what’s happening with our kids.

While there appears to be no exact metrics about kids who have been prescribed a habit-forming drug, from my research it appears it could easily total 10 million nationwide. About 6 million are taking opioids for pain relief caused by everything from dental work (OxyContin) to neck, back and leg pain (Vicodin). About 2 million are taking Adderall or other mood-altering amphetamines to alleviate symptoms of attention disorders (ADD or ADHD). The remaining million are taking various forms of similar drugs.

And these numbers are growing. There has been a fivefold increase in the number of children under 18 on psychostimulants from 1988-1994 to 2007–2010, according to the Center for Disease Control and Prevention. The rate of antipsychotic prescriptions for children has increased sixfold over this same period. Other studies find similar spikes in pediatric prescriptions of addictive drugs, including opioids.

What’s most concerning is what this is teaching the next generation. Pre-millennials grew up in a world hearing about kids being spanked or even whipped with a belt if they didn’t do as they were told or dared cop an attitude with a parent or teacher. They would be grounded, lose car privileges for a week or more, or face other consequences if they couldn’t figure out how to do well in school. Teachers reinforced this messaging, while parents did what they could to try to motivate and guide kids who were no less ADD, ADHD, depressed or just plain preoccupied than they are today. Drugging the child was not an option.

Drugs were, however, something kids occasionally took for fun or escapism. There’s always been plenty of that throughout most of human history. Addictions would occur accidentally, usually because people partied too often, or couldn’t climb out of their depression. In many—certainly not all—households today, addictions are forming because parents are quick to place their kids on drugs, and teachers would prefer kids come to class with better behavior, chemically induced if need be, rather than with the symptoms caused by the typical emotional roller coaster of adolescence.

There are valid reasons why kids sometimes need medications. But there also are those situations where parents turned to them because they didn’t know how else to deal with their kids. They didn’t realize their easy, short-term solution could have such far-reaching, long-term consequences.

Times have changed, and we now have much better information when making such decisions. Physicians and insurers need to help as well, and there are signs this is occurring—not just for adolescents, but with everyone who may be prescribed a habit-forming drug.

In Minnesota, UnitedHealth Group’s OptumRX pharmacy-care services business began an opioid risk management program among 400 of its clients. Here are a few results achieved by August 22:

UHG will be the first to admit there’s much more to do on this front. Increasing public awareness is key, as is having pharmacies and physicians do their parts to cut back on frequency, potency and duration of addictive-drug prescriptions.

Hopefully parents will do the same in those instances where it’s possible to do so.  tcbmag