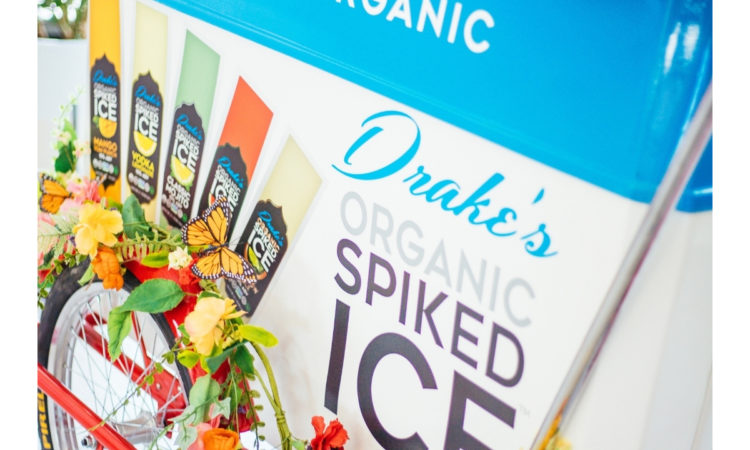 “Once a product achieves success in Japan, it’s kind of like the stamp of approval,” says Mark Anderson, founder and CEO of Drake’s Organic Spirits. Drake's Organic Spirits LLC

The Minnetonka-based distiller has lined up a deal to sell its alcoholic freeze-and-eat pops in Japan, with plans to capture more countries in the east.
By Dan Niepow
October 01, 2020

Pretty soon, the sun may never set on the Drake’s Organic Spirits empire. Last week, the Minnetonka-based vodka and rum maker announced the debut of its alcoholic freeze-and-eat popsicles at all 27 Costco locations in Japan.

For Drake’s Organic founder and CEO Mark Anderson, the company’s entry into Japan is just the start. Over the next few months, the distiller will be keeping a close watch on at least three other countries in the east: India, Australia, and New Zealand.

“Once a product achieves success in Japan, it’s kind of like the stamp of approval,” said Anderson, who’s done business in Japan with other companies for more than two decades. “It helps move into other Asian markets.”

The freeze-and-eat pops, which are sold under the name “Spiked Ice,” have been selling well since they launched in Japan two weeks ago, Anderson said. According to his colleagues in Japan, stores have been selling three times as many popsicles as they expected.

Drake’s Organic first pitched the pops to Costco Japan back in December 2019. The retailer quickly signed on, with plans to launch the product in time for the 2020 Olympics, which were supposed to take place this summer. The pandemic pushed back the launch, but Costco was still interested. Though bars and restaurants largely closed during the onset of Covid-19, the demand for alcohol never really wavered.

“Consumption for alcohol has changed from on-premise in bars and restaurants to retail and big-box stores. We just happened to have products that were ready to go in that category,” Anderson said. “Spiked Ice has really helped us move into the market.”

Before Japan, Drake’s Organic already had a global operation: Headquartered in Minnetonka, the distiller sources organic cane sugar from South America, and its products are sold in the U.S., Canada, and Venezuela. The company landed the Venezuela deal thanks to an advisory board member who hails from the country.

Here in the U.S., Drake’s Organic has a presence in 33 states. By January, the company’s products will reach stores in most states, Anderson says.

Other retailers have taken an interest in Drake’s Spiked Ice, too: In May, Target Corp. began selling the product in certain states.

Clearly, Spiked Ice has helped raise the company’s profile, and revenue. So far this year, the company has made more in revenue than it did in all its previous years combined, Anderson said. (The company formally launched in 2017.)

Meanwhile, Anderson has a few other product ideas in mind. This month, the company hopes to launch an organic “cocktail in a box,” with initial shipments starting in California. Anderson plans to roll out the new boxed cocktail in Japan, too.

The distiller’s products have also captured the attention of big-name alcohol sellers Bacardi, Pernod Ricard, Diageo (producer of Guinness and Jose Cuervo), and Constellation Brands (maker of Corona). “We are in discussions with some of their venture arms,” Anderson said.

“They’re wondering what this little Minnesota company is doing in these global markets,” he added. “The larger companies aren’t able to pivot and innovate as quickly as they can acquire the new innovation that consumers want.”