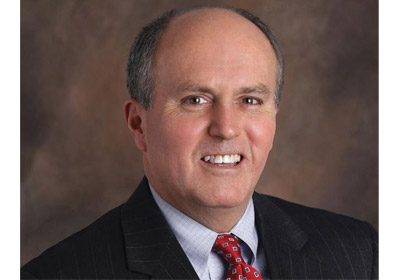 Cramer, 56, has served as the president and executive director of Minneapolis-based Project for Pride in Living (PPL) since 2003.

“I’ve always been a proponent of a strong downtown, even back in my City Council days,” Cramer told Twin Cities Business on Wednesday. “There’s no question in my mind that downtown is the economic driver of the region . . . and there’s some really exciting things going on.”

Cramer pointed to the new stadium for the Minnesota Vikings, a major mixed-use redevelopment plan in Downtown East by Minneapolis-based Ryan Companies, the Interchange transit hub near Target Field, the planned redesign of the Nicollet Mall, and the burgeoning expansion of downtown housing with a host of new apartments.

“It’s just a vital time for downtown,” said Cramer, who will start his new position in about six weeks on December 2.

Cramer said that PPL, which owns and manages a portfolio of more than 1,000 affordable housing units across the Twin Cities, has a current annual budget of $38 million. He said that the nonprofit has enjoyed strong support from the local business community, noting that leading a business-focused organization won’t be “foreign territory” for him.

“PPL’s always had a strong business component on our board of directors,” Cramer said. “I’ve been able to grow this organization in a business-like way . . . PPL is not going to miss a beat through this transition.”

Cramer, a native of Iowa, has lived in Minneapolis since 1979.

Cramer also serves as chair of the Minnesota Ballpark Authority, the public entity that owns Target Field, and sits on the Metropolitan Airports Commission. Former Hennepin County Commissioner Mark Stenglein abruptly resigned in June as the leader of the Downtown Council, after just one year on the job. Betsy Buckley has been serving as the interim president and CEO since Stenglein’s departure.

Russ Nelson, principal and president with Minneapolis-based Nelson, Tietz & Hoye, a tenant representation firm, led the search committee to find a new leader for the organization.

The Downtown Council recently announced that this will be the last season for the long-running Holidazzle, a downtown holiday parade, in its current form. Plans calls for replacing Holidazzle with other, as-yet-undefined events.

“It was certainly a well-considered decision to really make this the last year for Holidazzle,” Cramer said. “We’ll really have a chance to reimagine that. I think there will be some interesting conversation about what that might look like.”