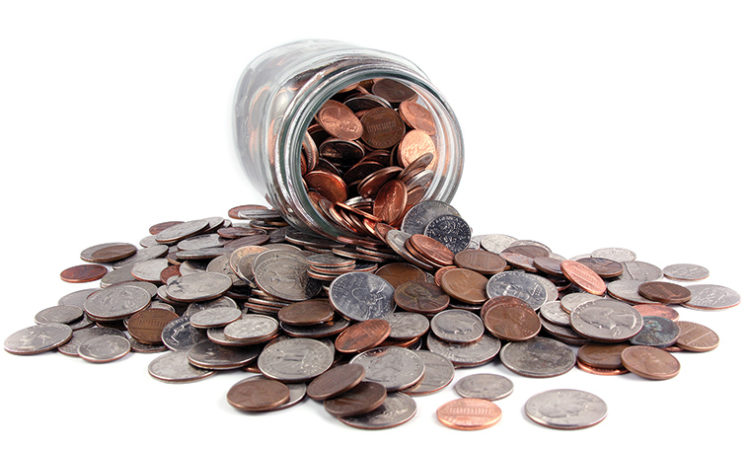 Down for the Count

In January, Wells Fargo announced it would begin removing coin-counting machines from branches nationwide. Minnesota customers have felt the effects, since Wells Fargo dominates the state banking landscape, with 164 branches.

Wells Fargo’s change was concurrent with the end of a contract with an outsourced service. Coin-counting functions are still available for commercial and large-business customers. To be eligible, loose coin deposits must be larger than $50, says Wells Fargo spokesman John Hobot.

Customers will have to literally roll with the changes. Branches are providing free coin wrappers so customers can roll their change for deposit. Hobot says Wells Fargo recognizes this may lessen the convenience of loose change jars (not to mention piggy banks), but said in an email it would be hard to measure the impact of the machines’ removal, because Wells Fargo does not track the quantity of coins customers come in with.

Retail customers of U.S. Bank and TCF will still have mechanized options for their loose change. U.S. Bank has either a self-service coin counter or a teller-operated counter in 115 branches and TCF maintains coin-counting machines in 88 branches. (Some services are fee-based.) Both banks say they have no plans to end the service. (Coinstar operates 75 coin-counting kiosks in the state at Wal-Mart stores and other retail locations. Coinstar charges a 11.9-percent fee for cash transactions.)

Hobot says reaction from Wells Fargo customers has been mixed, with some upside: “Some . . . customers enjoy rolling coins with their children,” he notes, “because that is what they used to do with their parents before coin-counting machines were around.”