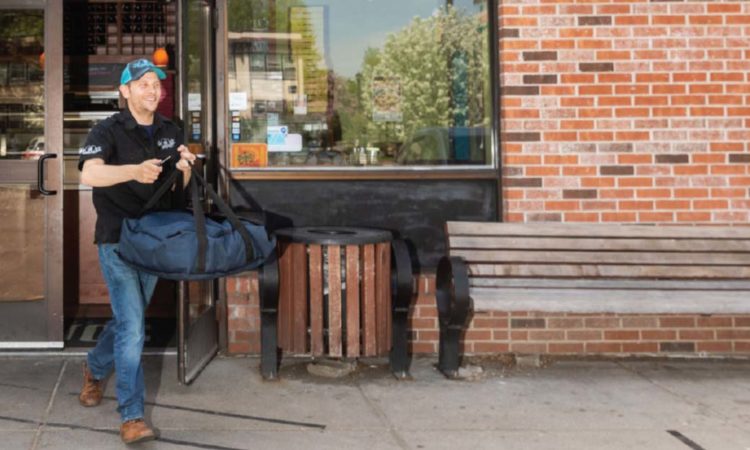 Door to Door to Danger

Driver safety is the vexing problem in the era of deliver everything.
By Winter Keefer
July 12, 2022

A delivery driver was assaulted and carjacked on the University of Minnesota campus in mid-April. Last July, a DoorDash delivery driver was shot and wounded in Minneapolis’ Hawthorne neighborhood during an attempted carjacking. Recently, the family of Amir Locke, killed during a no-knock warrant police raid of his cousin’s house, says Locke had a permit to carry a gun for protection in part because he was a delivery driver for DoorDash.

Violence against delivery drivers, or any traveling gig worker, is not exclusive to Minneapolis, though police have reported a pandemic-fueled rise in carjackings and car thefts over the past two years, disproportionate to other major cities. Cops reported 405 carjackings in 2020, more than three times the number in 2019. This rose another 57 percent in 2021. According to the MPD’s DataSource crime dashboard, as of May 23 there have been 195 carjackings in 2022, compared to 191 in 2021. 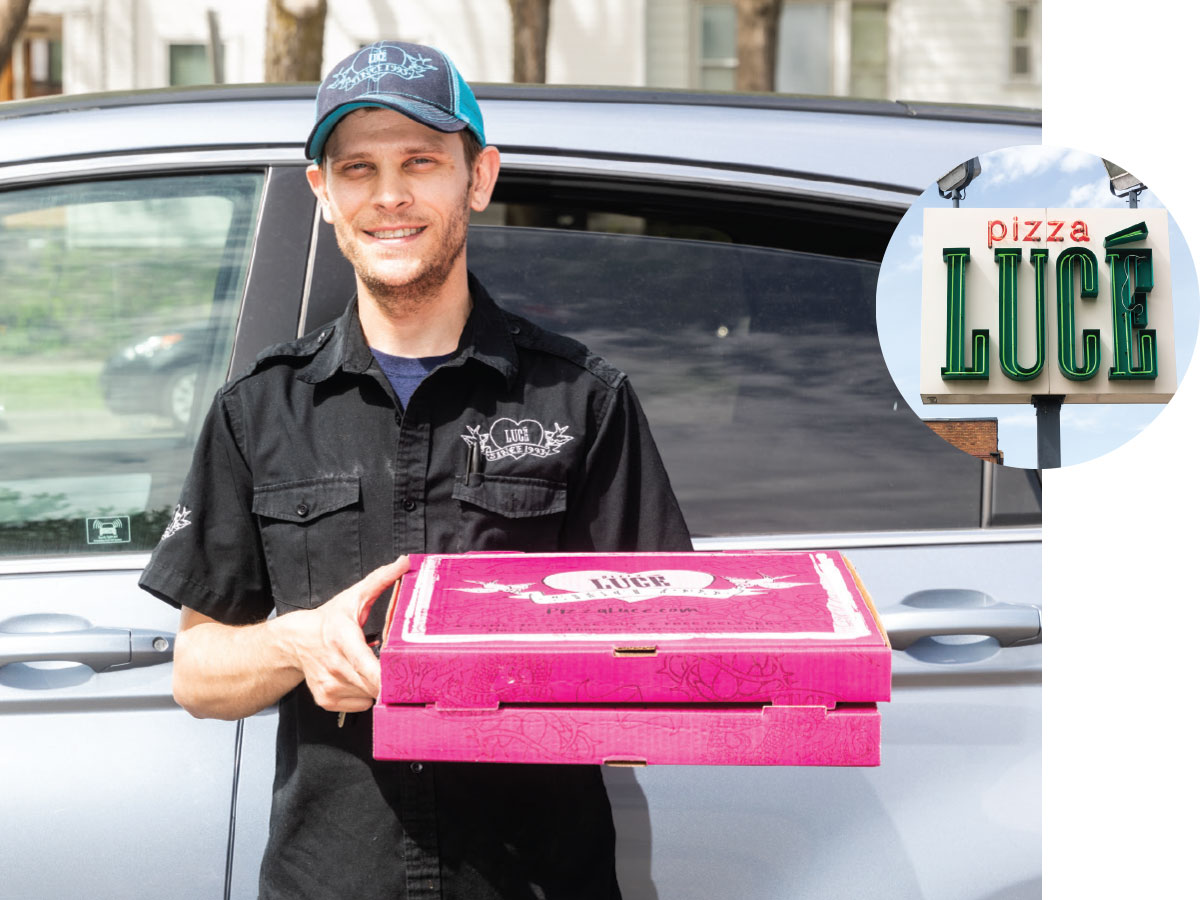 Pizza Lucé is one of the most omnipresent locally owned pizza companies. In an email, CEO JJ Haywood acknowledged that her drivers need to use caution while delivering. They are the only employees of the pizzeria who work outside of the building without direct supervision, she notes. “We talk to our drivers about being attentive in their driving and as they walk through neighborhoods and buildings with an eye out to their personal safety.”

Delivery drivers develop a natural sense of caution, Haywood adds, but Pizza Lucé also trains them to abandon a delivery and request a manager’s intervention if anything seems unsafe. Pizza Lucé does not deliver to North Minneapolis, a practice that has been the subject of some social media controversy. Haywood did not reply to TCB’s questions about its delivery zones.

“We talk to our drivers about being attentive in their driving and as they walk through neighborhoods and buildings with an eye out to their personal safety.”

Davanni’s is the other large-footprint locally owned pizzeria. It recently barred deliveries to the huge Riverside Plaza apartment complex, a half-mile from its Riverside location.

“We’ve had a lot of drivers mugged or jumped, or their food stolen,” says assistant manager Kelly Schwalbe. He notes this is an outlier situation, though Davanni’s also has basic protocols in place for when workers feel unsafe on deliveries.