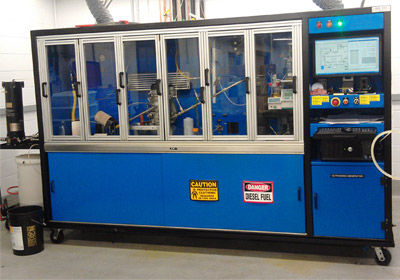 The deal, expected to close in September, would allow Bloomington-based Donaldson to expand its air filter product line and open a regional office in Abu Dhabi.
August 24, 2014

Donaldson, which is headquartered in Bloomington, announced that it expected to close its acquisition of Northern Technical, the Middle East’s largest manufacturer of gas turbine air filter intake systems, in September.

Additional terms of the acquisition were not disclosed. Rich Sheffer, a Donaldson spokesman, told Twin Cities Business Thursday that no planned headcount changes were in the works. With 12,300 employees and more than 140 locations worldwide, Donaldson is one of the world’s largest providers of air filter products. Donaldson is among Minnesota’s 25 largest public companies based on revenue, which totaled more than $2.4 billion for the fiscal year that ended in July 2013.

Once the deal is complete, Donaldson’s regional headquarters for operations in Europe, Africa and the Middle East will move from Belgium to Abu Dhabi. The acquisition, Sheffer told Twin Cities Business, played into the company’s goal of growing outside the United States.

This transaction would also follow by about a year the $10 million expansion of testing laboratories at Donaldson’s Bloomington headquarters.