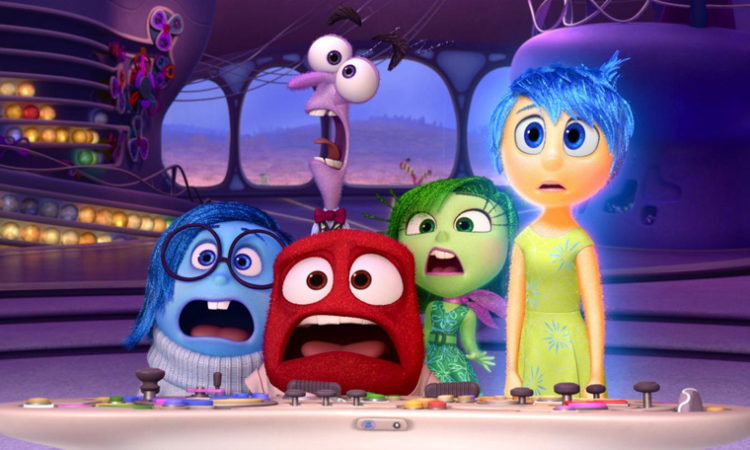 The five main characters of "Inside Out." Photo courtesy of BagoGames (CC)

Denise Daniels is suing the entertainment company for “an amount to be determined at trial.”
June 22, 2017

A child development expert from Minneapolis filed a federal lawsuit on Monday against The Walt Disney Company, claiming members of the entertainment titan and its animation studio Pixar took her idea for a children’s TV show to make “Inside Out,” the critically-acclaimed 2015 film about anthropomorphic emotions.

Denise Daniels alleged she concocted the idea for color-coded emotions in 2005, about five years before work officially began on the film. Her idea, “The Moodsters,” revolved around five emotions—love (pink), sadness (blue), happiness (yellow), anger (red), and fear (green)—each of which were detectives navigating through the complexities of childhood.

Daniels stated in her lawsuit that “The Moodsters” closely match the five emotions depicted within “Inside Out”: Joy (yellow), Anger (red), Disgust (green), Sadness (blue), and Fear (purple).

According to the suit, which was filed in Los Angeles, Daniels first pitched the idea of “The Moodsters” to Disney-Pixar in 2005. She claimed communication about the concept continued through 2009 and at one point Pete Docter, a Bloomington native and the director of “Inside Out,” spoke with Daniels for an extended period of time about “detail [of] the characters and concept underlying The Moodsters.”

Regarding the suit, a Disney spokesperson told Variety: “Inside Out was an original Pixar creation, and we look forward to vigorously defending against this lawsuit in court.”

Other Disney employees that received materials relating to “The Moodsters,” according to court documents, were Rich Ross, chairman of Disney Studios; former CFO Thomas Staggs; and Roy E. Disney, the son and nephew of the founders of The Walt Disney Company.

In her more than 40 years working in child development, Daniels has appeared on programs like The Today Show, Oprah, CNN, and has acted as a consultant for companies like Pfizer.

According to her website, plush versions of “The Moodsters,” as well as activity books and other toys, currently sell online at Target and Amazon.

Minneapolis-based law firm Robins Kaplan LLP is representing Daniels. She is seeking an unspecified amount in damages relating to Disney-Pixar’s purported breach of an “implied-in-fact contract.”