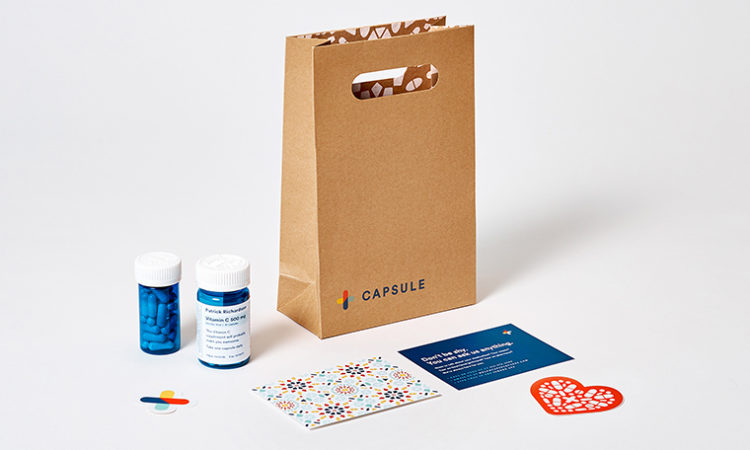 Digital pharmacy startup Capsule Corp. is now open for business in Minneapolis, the startup company’s first market outside its New York City headquarters. Capsule is offering free, same-day delivery to customers who live inside the loop of Interstates 494 and 694. Thursday was the company’s first day open to the public in the metro.

What drew the company to the Twin Cities as its second-ever market?

The company opened its doors in May 2016 in New York and has so far raised $270 million in venture capital financing, including a $200 million round last fall to provide fuel for its national expansion.

“The goal has always been over the next 18 to 36 months to build a national footprint for the business,” said Kinariwala.

Although the company’s founding well predates Covid-19, its business model is ideal for people who are staying at home to slow the spread of the virus.

“I think right now more than ever it’s really important that people have awareness about medication delivery,” said Kinariwala.

He says that for consumers, traditional pharmacies mean standing in line and often dealing with medication shortages. Doctors and their staffs spend lots of time dealing with administrative and paperwork issues related to pharmacies. Kinariwala says that insurance companies complain that retail pharmacies are not set up to get them information quickly.

“Every stakeholder in health care has friction with the pharmacy,” said Kinariwala. “We’ve invested a lot of time and money in building out a proprietary technology platform that powers our pharmacy. We don’t have to support a massive real estate footprint. We have made the model incredibly efficient.”

For now, customers who live outside of the 494/694 loop can’t use Capsule.

Capsule’s pharmacy is on Washington Avenue North in the North Loop area of downtown Minneapolis.

“It’s an up-and-coming area where there’s a lot of innovation,” said Kinariwala of the North Loop neighborhood.

The Twin Cities pharmacy market is dominated by two industry behemoths: Walgreens and CVS. Minneapolis-based Target Corp. sold its pharmacies to CVS Health for $1.9 billion in 2015.

Twin Cities Business recently took an in-depth look at the challenges for independent pharmacies to stay afloat in the current business climate.