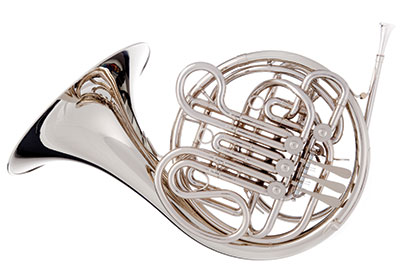 Did The Muted MN Orchestra Help The SPCO Crescendo?

The Saint Paul Chamber Orchestra had a solo year.
March 03, 2014

The Twin Cities’ distinction of having two world-class orchestras in proximity only amplified the silence when both managements locked out their musicians in late 2012.

The Saint Paul Chamber Orchestra resumed concerts nearly a year ago, while the Minnesota Orchestra only returned to business in February. We wondered how the SPCO benefitted from the dark concert hall across the river.

Historically, leaders of both organizations say there’s a mere 15 to 20 percent crossover in patrons. “It’s really extraordinary,” says Bruce Coppock, who led the SPCO from 1999 to 2008 and returned as executive director last year. “The audience profiles are different, and each orchestra seems to have a very loyal audience that constitutes some 85 percent of attendees any given year.”

Post-lockout, the SPCO didn’t specifically target Minnesota Orchestra patrons, but resumed its standard marketing on both sides of the metro area.

“But we’re having one of the best years of attendance we’ve ever had,” says Coppock. At press time, the SPCO’s ticket sales had topped internal goals every week of the current season, and it logged its highest subscriber renewal rate “any of us can remember,” Coppock adds.

The SPCO reported a surplus of $281,264 for the fiscal year that ended in June, after playing about a third of its typical concert schedule due to the work stoppage. It is projecting another surplus this season.

Heightened demand for Handel’s Messiah at the Basilica of Saint Mary drew a waiting list of more than 500 people—even after adding an extra concert.

Additional performances, however, don’t necessarily boost income for performing arts organizations whose ticket prices are subsidized via donations and/or government grants. In fact, the SPCO says extremely low ticket prices—including a relatively new membership program that gives fans unlimited concerts for $5 a month—are largely responsible for lifting attendance by upward of 40 percent over the past decade.

“One of the fundamental challenges of these organizations is that 60 or 70 percent of expenditures are tied up in fixed [costs],” Coppock explains. “So to the extent that you can expand operations within the capacities of your cost structure, you have a decent chance of generating incremental revenue. But if you have to buy more infrastructure in order to mount additional concerts, you have a challenge.”

In other words, the SPCO’s schedule of 100-odd concerts in a 35-week window leaves room for very few extra performances that can bolster the bottom line. Coppock believes the orchestra lockouts illuminated “just how fragile these institutions are,” and a “rekindled sense of community responsibility” is fueling ticket sales.

Don’t be misled by volume, say experts. “Ticket sales, while important, are not necessarily indicative of the longer-term picture,” posits Gary Hanson, executive director of the Cleveland Orchestra. Numerous factors that routinely impact attendance, such as programming changes or weather, have more sway than a “market-share event” like a locked-out competitor. “The equally important—and in some communities more important—market share question is philanthropy.”

The SPCO hasn’t analyzed crossover with the Minnesota Orchestra’s corporate or individual donors, although Coppock speculates that the individual donor pool “tends to track pretty tightly with the audience numbers . . . and frequency of attendance is the single biggest contributing factor in making contributions.”