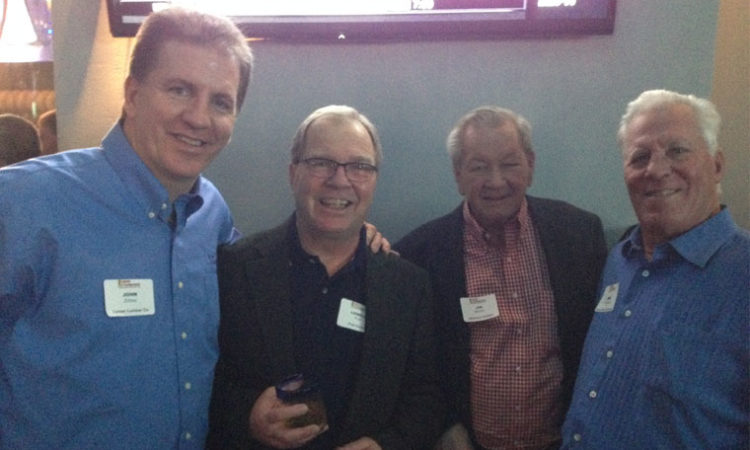 “Jim Stanton is one of the pioneering developers who made the [Minneapolis] Mill District a true city neighborhood, developing three condominium projects in the area,” said Chuck Lutz, deputy director of the city’s Community Planning and Economic Development department.

After the recession, Stanton was the first local developer to return to the downtown Minneapolis condo market. His 164-unit Stonebridge Lofts opened in 2014. He then turned his attention to the 112-unit Portland Tower, his ninth condo project in downtown Minneapolis, which was completed in 2016. The 374-unit Legacy project is currently under construction in the city’s Mill District area.

Shamrock was best known over the years for suburban land development. The company built single-family homes, but also sold lots to other developers. Stanton’s downtown Minneapolis work began with Lindsay Lofts, a 52-unit condo building that opened in North Loop in 2001. Stanton was a key figure in Twin Cities Business’ “Condo Comeback” story in May 2016.

Stanton was inclined to make brief, blunt statements to the press about his projects, but behind the gruff exterior he had a sharp, self-deprecating sense of humor. When it was suggested by TCB that he was the busiest condo developer in downtown Minneapolis, Stanton cracked: “I could be the only damn fool.”

Observers who focused on Stanton’s plainspoken style and casual clothes might overlook his real estate expertise and gut instinct for deals.

“I liked Jim and I respected him…people would underestimate him because of the way he spoke and the way he dressed,” said Fritz Kroll, an Edina Realty real estate agent who focuses on downtown Minneapolis properties. “He just spoke like a trucker.”

The Stonebridge condo project was particularly well timed, said Kroll. Demand for downtown condos was climbing, but Stanton was the only developer building new units in downtown Minneapolis.

“That was a slam dunk…it was the only game in town,” recalled Kroll. “That was a good building, it was very well located.”

The University of St. Thomas inducted Stanton into the Minnesota Real Estate Hall of Fame in 2014.

Many developers have been wary of tackling condo projects under a state law mandating a 10-year warranty against “major construction defects.” But the law didn’t deter Stanton from pressing ahead with projects said Herb Tousley, director of real estate programs at the University of St. Thomas.

“He always felt that he built a very good quality building so he thought that it was a reasonable risk,” said Tousley.

“Jim Stanton was a Minnesota housing industry giant. As one of the metro area’s most influential builders and developers, Jim leaves a legacy throughout the Twin Cities with a diverse portfolio that included developing lots, building homes, and recently bringing condos to Minneapolis,” said David Siegel, executive director of the Builders Association of the Twin Cities, in a statement. “He was a man with a great sense of humor and was truly one of a kind. Jim will be greatly missed.”