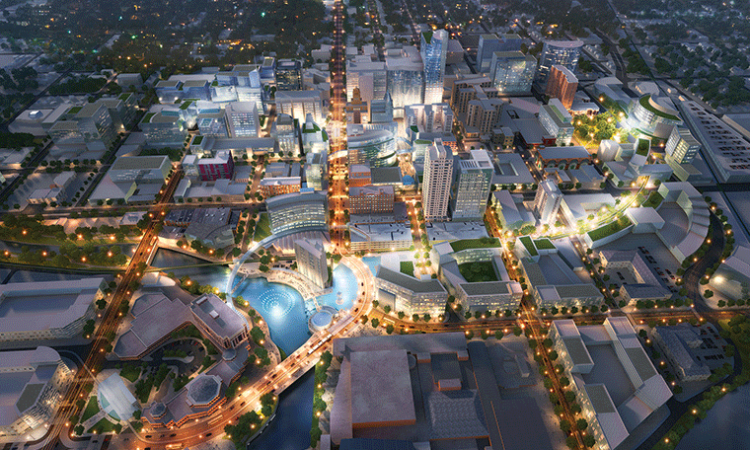 Aerial rendering of the Destination Medical Center in Rochester

Destination Medical Center Investment Down in 2020 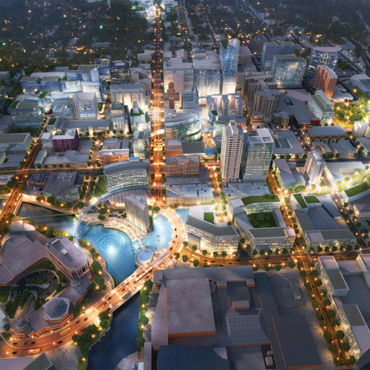 Aerial rendering of the Destination Medical Center in Rochester

The Destination Medical Center Corp. in Rochester reported that the city drew $144.1 million in private investment in 2020. But amid the pandemic that was down $128 million compared to 2019, a drop of 47 percent.

The Mayo Clinic’s own investments last year totaled $60.3 million, or 42 percent of the total. The remaining $83.8 million came from other private investors. Rochester boosters are touting that they have cracked the $1 billion mark with a total of $1.1 billion in investments since 2013.

The Destination Medical Center concept emerged in 2013. The Mayo Clinic made a big pitch to land a significant amount of money from the state of Minnesota to make it competitive with other world-class health centers. In exchange for a pledge to pilot $5.6 billion in investment in Rochester over 20 years, the state would kick in $585 million for infrastructure.

The plan calls for the Mayo Clinic to invest $3.5 billion over 20 years, supplemented by $2.1 billion in other private investment. The $585 million from the state pushes the full price tag to nearly $6.2 billion.

According to DMC statistics, these are the total investments in recent years:

On Tuesday the DMCC board of directors approved a report documenting the 2020 investments.

“A year ago, when the pandemic hit and Mayo Clinic put a pause on its work and everything else, I would not have thought we would be sitting here today at $144 million, and that we’re now over a billion dollars in overall private investment,” said DMCC board chair R.T. Rybak in a statement. “This is really good news.”