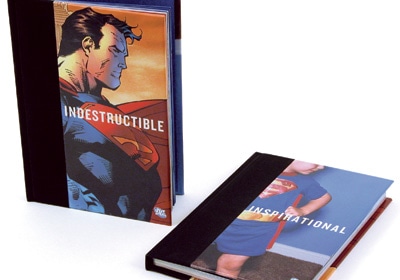 Thirty-three years ago, Monica Little opened Little & Company in Minneapolis as a traditional graphic design shop, creating logos, annual reports, and brochures. She built a solid list of clients, including Norwest Banks (now Wells Fargo, and still a client), Target, and Microsoft. Then, as innumerable businesses also discovered, the economic downturn revealed to Little & Company that it’s own business model needed a redesign.

The reason? The challenges that its clients were facing. Little & Company saw that it had to provide more than strong graphic and website design; it needed to offer account planning, research, and a more thorough understanding of what a business’s issues are. The problem isn’t always a lack of customer awareness of a brand, which is what clients often think.

“Usually it’s something completely different,” says Mary Haugh, vice president of strategy and account management, who joined Little & Company about two years ago from Minneapolis ad agency Martin/Williams. “It might be product design, it might be the way something is distributed, it may be the whole promotional campaign. It could be any number of things. But that’s really trying to get at what it is we’re trying to solve.”

“Now, rarely do we have a client come in and ask for a thing,” says Joe Cecere, a 13-year veteran of the agency, who became the firm’s president and chief creative officer last year. “Clients now have a pretty substantial problem they need solved, not knowing what the end outcome is.” As a result, Little is doing less and less print work these days. “The variety is so great now because it’s whatever is the best way to solve that problem,” Cecere adds. That broader approach to design resulted in $7 million in revenue for 2011; the agency added six new clients last year, including two Fortune 50s.

“We help clients redefine what they might think the problem is, through a better understanding of the customer audience,” Haugh says.

Sometimes that customer is internal. Little is helping one of its newer clients, North Carolina–based Lowe’s, communicate what its repositioning efforts will mean for its employees.

“They are evolving from being a warehouse of home improvement products to really being an inspirational destination for homeowners, which is really differentiating for them,” Haugh says. But the company’s 300,000 employees needed to be on board—what was their role in the change? This was a crucial element, Haugh says. “For a big retailer, employee retention and recruitment is a huge issue,” particularly since turnover in retail is 25 to 30 percent per year.

“We really needed to get into hearts and minds of the retail employees to understand what it is that they do,” Haugh says. “Why [do] they work at Lowe’s? Why would you work at Lowe’s instead of Home Depot or Target or Costco?”

It’s not simply a matter of sending out a newsletter saying how great it is to work for Lowe’s. “That’s the furthest thing from the right sort of solution,” Haugh says. Little & Company is developing an integrated communication strategy that will not only get employees fired up about the changes, but also encourage them to advocate for the company. (Haugh notes that one of a company’s top recruiting tools is its existing employee base.) In other words, the Lowe’s work isn’t about creating a logo or a brochure.

Similarly, the agency went beyond graphic design in its work with the Minnesota Historical Society. The organization contacted Little & Company about nine years ago, when it was preparing to launch the Mill City Museum on downtown Minneapolis’ Mississippi waterfront, the newest of its 24 facilities. The society was seeking a less traditional approach to its marketing—one that would “raise awareness of the Mill City Museum and build excitement,” says Lory Sutton, the organization’s chief marketing officer.

The results included “The Most Explosive Museum in the World” posters, which the society still uses. Little & Company also helped update and reposition a number of other sites, including the legendary Split Rock Lighthouse on the North Shore of Lake Superior. “Little & Company were very strategic and very collaborative,” Sutton says. “They helped us cut through the clutter and get down to the core of what we needed to communicate what we had to offer.”

Cecere recalls pitching to a room full of “hard-core” historians who “didn’t think that marketing had a place in an organization like the historical society. One of the gentlemen took out of his folder a picture of a wheat kernel, and he was convinced that the logo for the Mill City Museum would be just that wheat kernel, with ‘Mill City Museum’ underneath, and we’d call it a day.”

Little & Company not only developed the logo for the museum, but also the marketing plan, communications strategy, and the advertising campaign leading up to the grand opening, even “designing” the grand opening weekend event, including the stages and types of food and music. The organization “tripled the number of visitors that they thought they would get, and they started to realize the benefit that they were bringing to Minnesota,” Cecere says.

It’s become something of a commonplace in the branding and marketing realm to say that brands have become more fluid and are increasingly shaped by their customers. “The best you can do is manage it and steer it,” Haugh says. “You can’t control it. That’s one of the first steps of recognizing that you’re the steward of it, you’re not the owner.” The company that’s stewarding the brand can and should provide direction on how a brand is understood, however. Cecere calls it “the North Star”—a focal idea that defines the essence and purpose of an organization.

In the case of the Minnesota Historical Society, Cecere and his team helped it understand that the Mill City Museum, Split Rock Lighthouse, and the 22 other sites it manages “were more than historic sites; they were destinations.”

“They absolutely adhere to the core of our brand and what we stand for,” says Arati Randolph, senior vice president and director of internal communications for Wells Fargo, who has worked with Little & Company for a year and half. At the same time, she adds, Little always offers a “fresh creative take” on the company’s annual report each year. Randolph also praises the company’s responsiveness and “listening.”

While Wells Fargo has been mostly a steady-as-she-goes client, Little & Company has been working with another Fortune 500 firm now facing big marketplace challenges: Microsoft. Cecere says that the Seattle software superpower is bringing “more design and design thinking into everything they’re doing, from their Windows phone interface to the new launch of Windows 8 Office coming out next year.” What’s driven that thinking, not surprisingly, is Apple, “which they never thought was a competitor, but obviously it is,” Cecere says. He can reveal only a little of the work that the agency is doing for Microsoft, but a part of that work will involve how Microsoft positions its brand in the retail space. (Microsoft has recently launched standalone stores.)

Haugh quotes Monica Little’s dictum that “‘Design is a verb, not a noun.’ Sometimes [our work] takes the form of a graphic design deliverable; sometimes it takes the form of something else: events, speeches, retail fixtures.” The idea—you can call it a North Star—is to help brands keep moving forward.