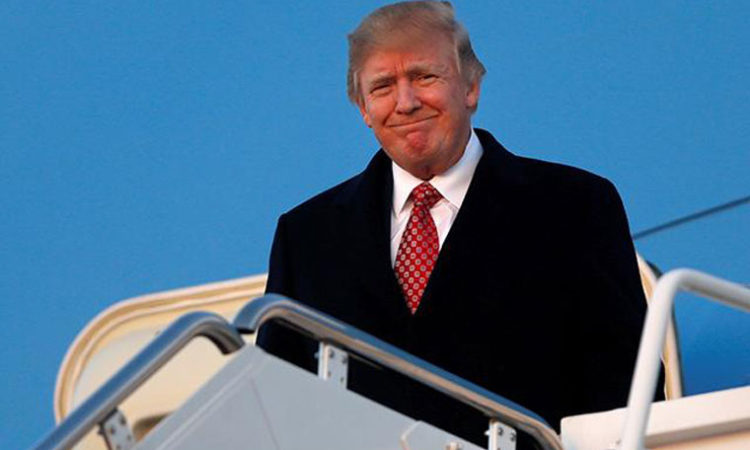 While medical device manufacturers have something to celebrate, they also have a lot of questions — about the Republican plan and the Trump administration in general.
March 07, 2017

Over the past eight years, the medical device industry, a key sector of the Minnesota economy, often didn’t get what it wanted from Washington, D.C.

Changes to the tax code and reforms to expedite the device approval process at the Food and Drug Administration, both desired by the industry, went nowhere for most of Barack Obama’s presidency.

Then there was the issue of Obama's signature achievement, the Affordable Care Act. It was supposed to increase access to medical devices and pad the bottom lines of the companies that make them. But that presumed windfall came with a price: a 2.3 percent sales tax on medical devices to help pay for the health care law. An end to this tax topped the industry’s wishlist for most of the Obama era.

Well, sometimes wishes do come true: on Monday night, Republicans, now in charge of Congress and the White House, released their long-promised plan to repeal and replace Obamacare. And there's rejoicing in the industry: the GOP's plans include ending the medical device tax for good.

While that is a significant victory for medical device makers, there are still open questions as to how the rest of the Republican plan will affect the industry. Those questions could be just the tip of the iceberg, as an industry that is deeply affected by federal policy tries to game out what the new regime, headed by Donald Trump and his GOP allies, will mean for their businesses.

Obamacare’s mixed effect on the industry
The medical device industry has thrived for decades in Minnesota, and directly employs over 28,000 people to develop, manufacture, and sell products that are used by people around the world. The state is best known for producing high-tech devices that are implanted in or on the body, like pacemakers and hearing aids.

Industry groups estimate that 100,000 Minnesota jobs are supported by the industry, and that it generates close to $4 billion in annual economic impact.

That strength, industry advocates will tell you, comes largely despite the ACA. When it was being debated in 2009, the law was sold to the industry as a windfall: if more people became insured, the argument went, it would expand the market for medical devices, and more affordable care would drive demand for products.

To account for that windfall — and to help pay for the ACA — a 2.3 percent tax on medical devices was written into the law.

From the get-go, the industry, and its many backers in the Minnesota congressional delegation, fought the tax, arguing it would stifle innovation in the industry and disproportionately burden smaller manufacturers.

After years of making that case, Congress voted to temporarily suspend the tax in 2015. Under the new GOP plan, it would be gone for good.

The medical device sector doesn't have a lot of love for Obamacare, but they are wary of any replacements. Industry advocates believe the sales windfall that the ACA was supposed to deliver didn't hit them as promised: the millions of new insurance customers the law created tended to be younger and healthier — in other words, not the kind of people who buy pacemakers and hearing aids.

The law did give at least one device sector a boost with an influx of younger insurance customers, says Duke University medical industry expert Heather Colvin: contraceptive devices.

How might the rest of the plan affect the industry? The legislation, introduced in the House of Representatives, replaces insurance subsidies with a refundable tax credit and ends the individual mandate to hold insurance, instead letting insurers charge a fee to those who have let their coverage lapse.

What the device industry will be paying attention to is how these changes affect patient access to their products, and the market's demand for them.

According to Shaye Mandle, CEO of Medical Alley, a Minnesota-based trade association for the medical technology industry, “Our number one goal, regardless of the way policy helps shape this, is patient access to technology. Certainly, changes that would make it more difficult for patients who need technologies to get them is something that we do not want to see happen.”

It’s unclear how some of the GOP’s proposals might affect access and demand in the medical device industry. One provision may trouble them: the legislation would deny significant federal funding for Planned Parenthood, a common point of access to contraceptive devices, like IUDs.

The GOP appears to be forging ahead to considering their plan in committees, and perhaps even taking floor votes, without official scoring from the nonpartisan Congressional Budget Office, which evaluates spending bills to assess their impact on the budget and would also assess this bill's impact on insurance coverage.

Broadly, in a business that requires long-term planning and intense familiarity with the regulatory environment, industry insiders are wary of swapping out the devil they know with the devil they don’t.

“It’s always in business easier to and more effective to plan and strategically manage around rules that are not ideal,” Mandle said, “that is better than, 'I’m simply changing them.'”

FDA process key to the industry
Looking beyond the Affordable Care Act, Trump’s general promises to slash federal regulations, and streamline existing ones, should sound good to the medical device industry.

After all, its products must be cleared by the FDA, and additional regulations at that agency mean a slower path for devices to get to the market.

At the same time, understaffing at the FDA is also an issue — fewer experts to evaluate devices also means device approval can get hung up. (As it stands, the medical device industry pays user fees to the FDA to support staff, in order to obtain speedier approval of their products.)

With the 21st Century Cures Act — a law signed by Obama at the end of last year that, among other things, invests in the National Institutes of Health and the FDA — the device industry was looking good.

The Cures Act allowed for increased hiring at the FDA to smooth the device approval process, and it also created a “breakthrough devices” program that puts especially important devices on a fast-track to the market.

Then there was a problem: shortly into his presidency, Trump signed an executive order freezing hiring in the federal government for 90 days. The order exempts “public safety” positions, like those in the Department of Homeland Security, but the White House hasn’t said if FDA positions fall into that category.

Privately, those near the industry say there’s a moderate level of concern. Colvin says, however, there are indications from the administration that “positions that are part of legislation that has been mandated by Congress would be able to move forward… We think there will be minimal impact based on the executive order on 21st Century Cures.”

That would keep some of the new positions created by the Cures Act intact. Colvin did add, though, that there are plenty of FDA positions that are vital to the device industry whose futures are uncertain.

It’s no secret the administration would like to shrink the size of the federal workforce. “That will impact programs without a congressional mandate, some frontline review programs,” she said. “There’s no clarity about whether those positions would be exempted.”

For now, Mandle is confident that this is a temporary review period that comes with a presidential transition. “What they’re doing, which is not that out of character for a new administration, they want to stop, evaluate and make changes,” he said.

“Right now we feel confident, comfortable… We don’t have great anxiety about a hiring freeze hurting 21st Century Cures at this point.”

The impact of tax reform
On its face, the tax reform plan that Trump and the congressional GOP appear to agree on sounds good to the medical device industry: shift the tax burden from U.S.-made exports, which face levies, to items that are imported into the country.

That proposal, called “border adjustment,” would likely hurt import-reliant retailers like Target and Best Buy, who are organizing against the tax, and help companies that make products in the U.S. and sell them abroad, like Boeing and G.E.

But the picture is more complicated than that, due to the complexity of the industry’s supply chains. Even if a device is assembled in the U.S., oftentimes, its component parts are imported into the country from elsewhere — sometimes even several places.

It’s not uncommon for a device, even if it’s made in the U.S., to have parts shipped from or assembled in places like China and Mexico. If it suddenly became 20 percent more expensive to bring parts in from other countries, that’d concern the industry.

Because of that, Mandle says, “We’d be increasingly concerned about changing trade relations with any country without the administration having a full audience and understanding the impacts of that.”

As with federal workforce regulations, with tax reform, it’s not as much a question as whether potential changes will be good or bad for the industry. The issue right now is what Trump, and his GOP counterparts in Congress, will actually end up doing.