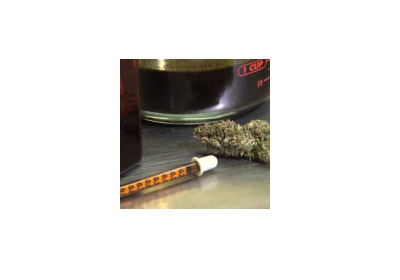 The state’s new program sets tight controls over the health conditions eligible to participate, and the form medical marijuana will be available in.
June 08, 2014

Gov. Mark Dayton Thursday signed the state’s new medical marijuana legislation into law, even as some staunch supporters are abandoning the program.

“I thank everyone who worked together to craft and pass this legislation,” Dayton says. “I pray it will bring to the victims of ravaging illnesses the relief they are hoping for.”

The state’s new program sets tight controls over the health conditions eligible to participate, and the form medical marijuana will be available in, WCCO reports.

Eligible patients will be able to use marijuana only in oil or liquid forms.

St. Paul resident Cassie Traun, 24, is one of them. Traun told the Star Tribune she uses marijuana to treat her Crohn’s disease.

“They’re asking me to remain a criminal if I want to continue the treatment plan that I like, and that my doctor approves of,” Traun says.

The Star Tribune reports Traun’s plan for now is to keep buying marijuana on the black market.

She, like some other patients, says she worries marijuana in oil form would be more potent and more likely to intoxicate than marijuana leaves and buds — a concern backed up by experts, the Star Tribune reports.

The state’s new law establishes a task force to investigate the medical impact of the drug, which is expected to be available in pill and oil form starting next year.