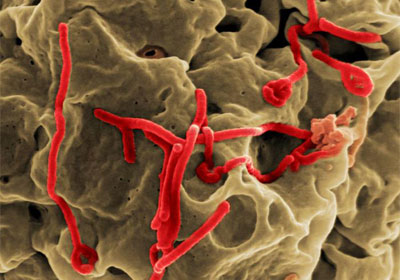 The airport is not among the five to receive additional screening measures for the outbreak.
October 23, 2014

Elected officials in Minnesota are urging the Centers for Disease Control and Prevention to reconsider screening for Ebola at Minneapolis-St. Paul International Airport (MSP).

The request comes days after Dayton met with cabinet officials to discuss the state’s preparedness for Ebola and confirmation that a health care worker who treated a patient with the disease in Texas became the first to be infected on American soil.

“Our request is that the CDC conduct heightened screenings of all passengers with Liberia, Sierra Leone, and Guinea in their travel history when they arrive at MSP,” Gov. Mark Dayton and U.S. Senators Al Franken and Amy Klobuchar wrote in a letter to CDC director Tom Frieden.

Any decision to screen would come from the CDC and not airport officials, according to Patrick Hogan, a Metropolitan Airports Commission (MAC) spokesman. He said MAC was unaware of any plans to expand international screening to MSP, nor any indication that officials would begin screening of domestic travelers.

With more than 90,000 people flying in and out of MSP daily, Hogan said “the resources required to screen passengers on domestic as well as international flights would be considerable.”

Minnesota is home to more than 30,000 Liberians—one of the highest populations in the nation. The country has been hit particularly hard by the outbreak in West Africa. Officials said they worry Minnesotans traveling abroad to provide humanitarian assistance could accidentally bring the infection back home.

The CDC says 99 percent of passengers arriving from West Africa will have already been screened twice by the time they reach MSP.

“While 99 percent is a comforting statistic,” the state’s letter says, “the Ebola experience in Dallas, Texas, has taught us that even one case of Ebola is our state or country can have devastating consequences.”