While Minnesota ranked only 25th based on a combination of its GDP and population growth over the last four years, it appears to be improving.
October 25, 2013 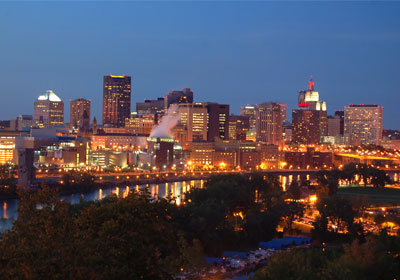 Minnesota’s neighbor to the west, North Dakota, topped a recent Bloomberg list based on its combination of gross domestic product (GDP) and population growth—while Minnesota landed dead center at 25th.

The list compared states’ population and GDP growth between 2008 and 2012, taking the average rank of both factors to compile the overall standings.

North Dakota managed to get the top ranking for both categories, with 9.06 percent population growth and 7.8 percent GDP growth, over the past four years. The next highest population growth was in Wyoming at 8.21 percent, but that state ranked only 21st overall because of its GDP loss of 0.05 percent.

Although Minnesota ranked only 21st for GDP growth over the last four years, it has been well above average for its more recent GDP growth. The state was ranked as the fifth fastest-growing economy based on GDP growth during 2012, according to data from The Bureau of Economic Analysis.

Minnesota’s GDP had a growth rate of 3.5 percent during 2012, above the national average of 2.5 percent, although still well behind North Dakota, which was the fastest-growing state at 13.4 percent.

Some argue the best way to increase the city’s population is a reduction in property tax burdens. A recent study of business tax climates by the Tax Foundation ranked Minnesota the 33rd most favorable state for property taxes. Property tax rates were actually the state’s best ranking out of all the taxes the foundation examined—Minnesota ranked 47th overall after factoring in its harsher corporate, income, sales, and unemployment insurance tax rates.