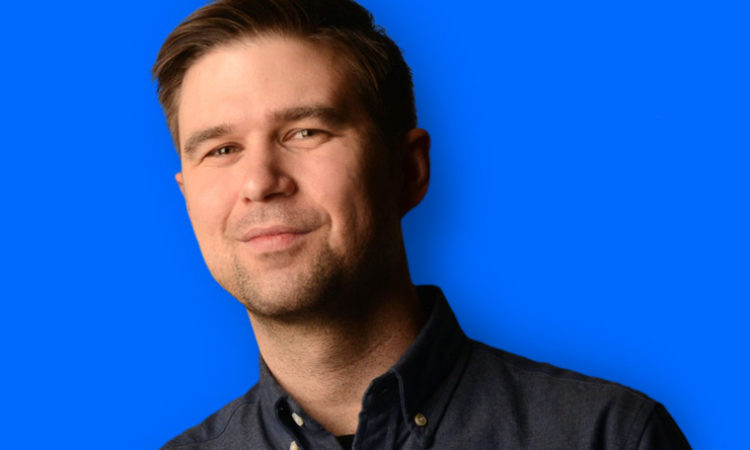 Local tech entrepreneur and company CEO Clay Collins plans to use the new capital to expand the field of data from cryptocurrency exchanges that Nomics collects, as well as hire up to three new employees in the next year.
By Sam Schaust
December 18, 2018

Nomics, the cryptocurrency venture led by Leadpages founder and former CEO Clay Collins, announced Tuesday the closing of a $3 million Series A funding round.

Local venture capital firm Arthur Ventures, which also invested in Drip before it was acquired by Leadpages, was the round’s lead investor. Other players in the cryptocurrency space also contributed to Nomics’s round, including Coinbase Ventures, CoVenture Crypto, Digital Currency Group, and entrepreneur Ben Davenport, who co-founded blockchain security company BitGo.

Nomics, which splits its headquarters between Minneapolis and Boston, started out with the aspiration of becoming the “Yahoo Finance for cryptocurrencies” like Bitcoin. In a little over a year since its founding, Nomics has grown to become a favorite source for investors and enthusiasts in need of cryptocurrency trading data, real-time price monitoring and other services required to make educated decisions in a market that’s been notoriously volatile.

With a fresh $3 million in the bank, Nomics CEO Collins tells TCB that the startup has one primary mission in mind: to expand its index of cryptocurrency data to total 95 percent of the lifetime of activity in the field.

“There’s just so much in the graveyard of dead tokens stored in exchanges that don’t exist anymore,” says Collins. “Just in terms of being an archivist in the space—‘How many tokens are gone?’ ‘What’s the average lifespan of a token?’ ‘How many coins have done over $1 million in daily volume and ended up dying?’—these are all the kinds of questions you might be able to answer” with a wider pool of data.

Nomics to date is not the market leader when it comes to broad coverage of cryptocurrency information. Collins, however, believes Nomics goes deeper into the trading data of individual cryptoassets than anywhere else. But doing so wasn’t easy. While its competitors largely ingest candlestick data—a type of financial chart that simplifies trading activity to illustrate price shifts—Nomics took a different approach. Instead the company takes in all of the raw trade data and builds the candlesticks itself.

“It’s not that we don’t trust the candles, it’s just that we’d rather do it ourselves for a whole bunch of reasons,” says Collins. “For example, [exchanges can] change their candle calculation methodology and a whole bunch of things like that. We just like to keep everything consistent.”

The result gives Nomics a deeper set of data, which it then feeds into the back-end of its operations, or API, and sells to customers. According to Collins, “part of the purpose of this fundraise was to go as wide as we can while maintaining this level of depth. A lot of our competitors started very wide but without much depth.”

In in the field of cryptocurrency data, the more you own the better.

Collins doesn’t anticipate this round will lead to a larger suite of products under Nomics. Rather, he believes it’ll make the startup’s existing interface more dynamic than the competition.

“Over time cryptocurrency data has become more expensive and complex to standardize,” said Nikhil Kalghatgi, a partner at CoVenture Crypto, which took part in Nomics’s Series A. “Unlike traditional markets where data feeds come from a central source, such as the NYSE, in the world of crypto, each exchange develops its own set of APIs. With different methods of organizing data, investors have problems with consistency and scalability. Nomics helps produce clean, consistent data, which is an integral part of the cryptocurrency infrastructure.”

Under its current capabilities, Nomics indexes over 3.5 billion data points and services over 35 million API requests from its customers every month.

“The Nomics API is well-equipped to keep pace with growing investor demand for accurate, gapless crypto market data,” said Arthur Ventures partner Patrick Meenan in a statement. “Some of largest industry players are Nomics customers and investors. The API product has made an impression on the market and with our investment, the company is well-positioned to accelerate growth and continue to meet growing demand.”

Aside from Collins, Nomics employs five full-timers—two in Minneapolis, one in Boston, one in Michigan and one in the Czech Republic. With the latest funding round, Collins expects the company will add another two to three employees in the next year.