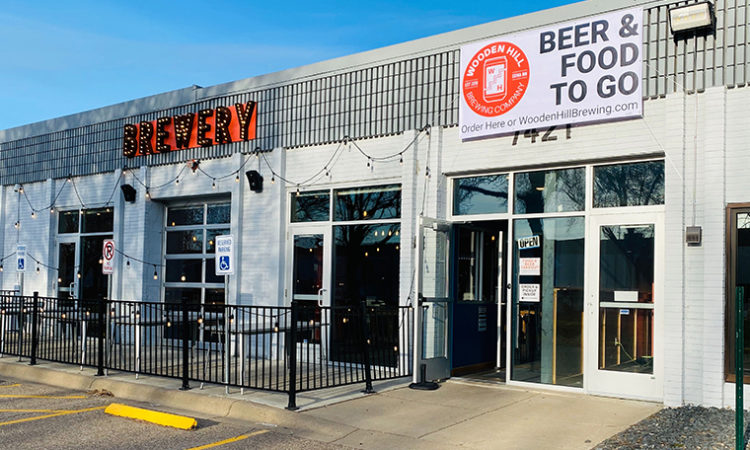 The Minnesota Craft Brewers Guild asks for permission to sell beer in 12- to 64-ounce containers. The group is also calling for suspension of regulatory fees.
By Kait Ecker
April 28, 2020

While restaurants and bars received the go-ahead to sell take out wine and beer this month, breweries are still unable to sell containers other than crowlers and growlers out of their door.

The Minnesota Craft Brewers Guild has been petitioning the state legislature and governor’s office for allowances and relief measures to help breweries stay afloat during the pandemic, said Lauren Bennett McGinty, Executive Director of the MNCBG. This includes permission to sell beer in 12- to 64-ounce containers. The group is also asking for a delay of property tax payments, rent abatement, a sales tax waiver, and a suspension of all regulatory fees through December.

“We’re seeking some relief in the way of selling four- and six-packs out the front door, because we know that breweries need to sell those products to stay afloat,” she said.

The guild has been advocating for breweries’ ability to sell four- and six-packs to the public from their facilities for years, but has increased the urgency with the prolonged closure and reduced revenue from foot traffic and distribution sales.

“We’re finding out that nationally crowlers and growlers are low on stock, and are running out, which makes it really challenging for a lot of breweries in the state of Minnesota who are very small to be able to fulfill orders and continue to sell off-sales from their breweries, because they don’t have the supplies to do that,” McGinty said.

Many breweries are also not taking back used growler containers, because of the risk of contracting Covid-19 from them, she said.

The craft beer scene in Minnesota faces unique hurdles and challenges in the pandemic.

“After the first deferment of taxes last week, they’re worried that all the payments are going to be coming due in the next quarter, and that they won’t be able to pay them all, because they will have less money than they had before,” McGinty said.

The efforts to gain relief measures for breweries has been a back-and-forth struggle, she said. Right now, the majority of breweries have warehoused inventory that they have not been able to sell, and many said they were expecting to dump beer.

“Liquor policy in the state of Minnesota is extremely complicated. In my opinion, it’s probably more complicated than it needs to be. We have a very storied history of how liquor policy has been handled,” she said. “It moves slow, and we need quick movement right now. … These are small businesses, owned and operated by hardworking people, so we should really encourage the legislature to take action rather than doing everything the way it’s always been done.”