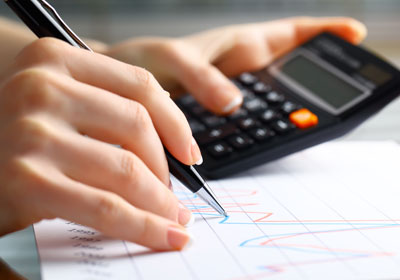 Counting Employees: It’s Not As Easy As It Seems

Whether a business is defined as “small” or “large” will determine whether it is required to “play or pay” when a new health care reform provision takes effect in 2015.
July 26, 2013

One of the paramount changes coming from the Affordable Care Act (ACA) is much more complicated than its simple distinctions imply—distinctions between “small” or “large” employers.

The employer-shared responsibility provision of the ACA requires businesses defined as “large” employers to meet minimum standards of coverage, value, and affordability of health care plans to their employees or be forced to pay penalties—a provision known as “play or pay.”

A “large employer” is defined as one with at least 50 full-time or full-time equivalent (FTE) employees. Sounds simple enough, right? But it gets more complicated.

The ACA defines a full-time employee as working an average of at least 30 hours per week. The definition of FTEs, however, is more complex.

“Many employers are fearful that if they screw up on this full-time employee counting, they’re going to have some big penalties,” says Ed Wegerson, a partner at Minneapolis-based law firm Lindquist & Vennum, LLP. “They need to have a system in place up front that’s almost failsafe, to ensure they know exactly how many hours each of their employees are working.”

To determine total FTEs, an employer must take the aggregate monthly hours of its part-time employees and divide that figure by 120. The total is then added to the full-time employee count to calculate whether a business falls below the 50-FTE threshold.

Click here for a worksheet designed to help employers determine whether they qualify as a small or large employer.

It appears many employers have yet to make their calculation: During Twin Cities Business’ June 19 health care reform dialogue webinar, 7 percent of listeners who participated in a live poll admitted they have not yet determined if they are a small employer or if they will be subject to any penalties.

Employers On The Edge

If an employer is deemed “large,” it will likely need to investigate strategies for avoiding penalties while maintaining costs. But those hovering around the 50-worker threshold will face some of the most complicated decisions.

For example, Wegerson says employers in the retail or restaurant industries, where there's high worker turnover and a prevalence of part-time workers, will need to be vigilant.

“People who have a lot of employees that work less than 30 hours will face the greatest challenge, in either designing new policies or monitoring hours,” says Wegerson. “Say an employee is scheduled to work 25 hours a week, but he or she picks up a co-worker’s shift, putting them over the 30 hours. If an employee does this regularly, they will end up being classified as a full-time employee. This is what employers need to keep a watchful eye on—and maybe design a policy that ensures employees are either consistently over or under the 30-hour mark.”

Greg Dattilo, president and CEO of Chanhassen-based employee-benefit consulting firm Dattilo Consulting, Inc., said some of his clients that are most surprised after completing the counting process are churches, many of which are turning out to be “large” employers.


“Churches are definitely being caught off guard. They might have 20 or 25 full-time staff and then 100 ‘volunteers,’ who get paid a small amount of money to work about 12 hours a month,” he says. “And the churches don’t realize that after adding all those hours up and dividing by 120 they actually turn out to be large employers.”

“And lots of times, churches have employees that work more than 30 but less than 40 hours a week, which before wouldn't count as full-time employees but now, they will,” he adds.

Those lessons can be applied across all industries that are dependent on part-time workers.

Because the play-or-pay provision is a federal mandate, employers will need to count their FTEs the same way across any state in which they have workers, says Wegerson. In other words, they’re all counted in aggregate, despite the state in which they are located.

If the employer has workers outside of the country, the hours they spend abroad are not counted into the company's monthly average calculation. Still, that stipulation may have little tangible effect on employers, many of which are likely already providing those international workers with coverage, says Dattilo.

Employers breathed a sigh of relief earlier this month when the Obama administration announced a one-year delay of the play-or-pay provision, which will now take effect in 2015. The administration said an extra year would help employers better organize themselves for the detailed, sweeping changes.

Despite the extra year to prepare for the change, Wegerson believes employers still need to get organized early, especially as it pertains to counting employees.

“Although ‘pay or play’ has been delayed a year, I think employers will begin making changes sooner than that, maybe delaying plans six months, but not a year,” he says. “Now that they have a little more notice, employers have more time to restructure their work force in order to stay under the 50 count. So they might be making more changes than they would have otherwise.”

For more information on the play-or-pay delay, including input from local experts on what the postponement means for employers, click here.