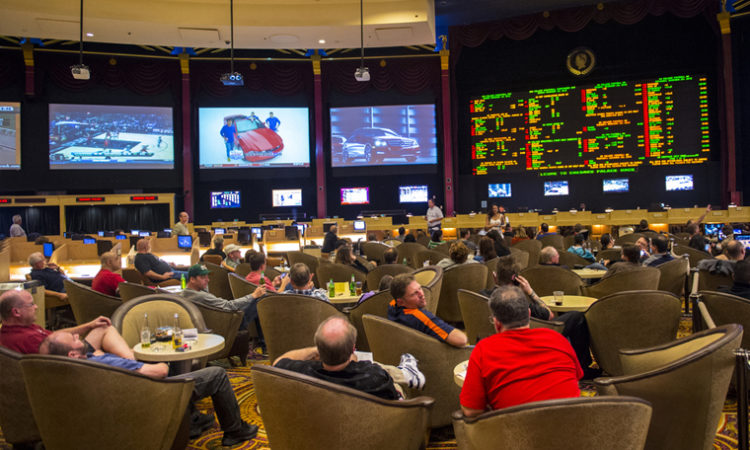 Among the many things that arenât yet known is how much money might be involved in sports gambling in Minnesota, and how much revenue might flow to the state.

Could Legalized Sports Betting Come to Minnesota As Soon As 2019?

Legislation is already being drafted for lawmakers to take up the issue in 2019, the passage of which would add Minnesota to a growing list of states that have legalized betting on professional and college sports.
By Peter Callaghan
December 13, 2018

Many supporters of gambling expected that a case that went before the U.S. Supreme Court a year ago would finally open the door to sports betting nationwide — even if the court’s ruling on the case came too late for most states, Minnesota included, to do much about it in 2018.

Legislation is already being drafted for the Minnesota Senate to take up the issue in 2019, and negotiations have already begun that could add Minnesota to a growing list of those that have legalized betting on professional and college sports.

But will the new DFL majority in the Minnesota House be as enamored of adding to the state’s menu of gambling options?

GOP Sen. Roger Chamberlain, who chairs the state Senate Taxes Committee, said he expects to have bipartisan sponsorship on a bill he believes could pass by the end of the 2019 session, which opens Jan. 8. “We have a rough draft. We’ll get it in and then we’ll make the tweaks as we go,” he said.

He expected several legislative committees to work on the issue, including his own. “It’s touching a lot of folks, and when you’ve got a lot of money involved then people get a little concerned,” he said. “But I think there’s popular support for it. Admittedly, this is not the top of the list for priorities … but it is certainly something that can get done.”

“Look, it’s fun. It’s about opinions,” Chamberlain said. “People have opinions and they’re investing in their opinions. That’s what sports betting is all about.”

A lot of questions

The issue became more urgent in May, when the U.S. Supreme Court ruled on the case of Murphy v. NCAA. By a 6-3 majority, the court found that Congress exceeded its authority by preventing states from legalizing and regulating sports betting. The case had been brought by New Jersey, which wanted to give a boost to its struggling Atlantic City casinos, and had tried a series of legal moves to end the federal ban against sports betting in all states except Nevada.

In the majority opinion, Justice Samuel Alito, Jr. wrote that Congress has the authority to pass legislation to regulate sports gambling itself. But if it decides not to, each state is free to do so. The decision quickly led to a rash of gambling bills across the country, as states decide whether to add sports betting.

Among the many things that aren’t yet known is how much money might be involved in sports gambling in Minnesota, and how much revenue might flow to the state. Chamberlain said that Nevada, the only state that allowed sports betting under the federal law stricken down in May, sees about $5 billion in sports betting each year. The casinos’ take of that pool, known as the hold, comes out to about $250 million, with the rest going out as winnings. Nevada imposes a tax of 6.75 percent on the casino’s take.

Legislators, then, will have to decide what, when and how much to tax. A draft bill circulated during the 2018 legislative session included a 1 percent tax, but that would apply to the amount bet, not the hold kept by the casino or sports book. The sponsor of that draft bill, Rep. Pat Garofalo, R-Farmington, estimated last spring that as much as $2 billion might be wagered in a legal system in Minnesota.

Chamberlain said senators must arrive at a tax rate that generates adequate revenue but not so much that it discourages betters from engaging in legal betting rather than continuing to participate in the current unregulated and underground market. And while he thinks the existing state Gambling Control Board could add sports betting to its regulatory portfolio, Garofalo has proposed a new Sports Wagering Commission.

And while Congress could still pass some sort of federal regulatory scheme — something some professional leagues would prefer in order to avoiding having to deal with a variety of state-by-state systems — states would still need legislation if they wanted to work under the federal system.

Also not known: whether there is much interest in the issue in the House, which will be controlled in the next session by a new DFL majority.

Incoming Commerce Committee Chair Laurie Halverson, DFL-Eagan, said there isn’t a bill yet in the House — or even a sponsor. “It’s an interesting issue because it doesn’t line up on partisan lines,” she said.

Among other things, Halverson said House members will want to know what it costs and and what the state gets out of it. Complicating matters is the large class of incoming House members who will need to get familiar with a variety of issues, including gambling.

Tom Foley and Kevin Quigley are partners in a St. Paul-based legal practice specializing in Indian affairs and gambling business law. Foley, a former Ramsey and Washington county attorney, is also a former member of the National Indian Gaming Commission. He said the nation’s gaming tribes are not of one opinion on the sports betting business. While the Mississippi Band of Choctaw have already opened a sports book, “most are watching and waiting.”

There are 11 tribes in Minnesota that operate gambling facilities through compacts negotiated with the state under the national Indian Gaming Regulatory Act. One of the first compacts in the nation, Minnesota’s agreement with the tribes would probably have to be renegotiated to offer sports betting. But the drafting of legislation wouldn’t have to involve the tribes, he said, because the existing compacts do not include sharing of tribal profits with the state in exchange for exclusivity, as is the case in some other states.

The Legislature is free to authorize sports betting for nontribal gambling without the consent of the tribes, Quigley said. “But politics being politics, tribes would have an interest in participating with this new form of gaming,” Quigley said. And once a form is made legal for nontribal gambling entities, the state must negotiate in good faith to allow the same form by tribes. (A phone call and email to the Minnesota Indian Gaming Association were not returned.)

Foley and Quigley said one legal issue that would have to be resolved is mobile betting. Currently, tribes are able to offer gaming within reservation boundaries. But what if a mobile bet is placed by someone outside of those boundaries but the servers processing the bets are on the reservation? Would that meet the various federal laws governing the issue?

Maybe. New Jersey’s constitution restricts gambling to Atlantic City but a statutory change said mobile bets could be placed anywhere in the state as long as the servers were within the city. And a Michigan bill on sports betting declares that any bet with a tribe will be deemed to have been made on reservation if that’s where the computer servers are located.

But the pair of attorneys recently lost an appeal to the 9th U.S. Circuit Court of Appeals that tried to make the case for a California tribe that the location of the person betting isn’t as legally significant as the location of where the bet was processed.

Chamberlain said he has meetings scheduled with representatives of the state’s gambling tribes to discuss the issue. “I think they most definitely are interested,” Chamberlain said. “It will benefit the tribes and it will benefit Buffalo Wild Wings or anyone who decides to open a sport book. It is a totally different type of gambling than slot machines and cards.”

Garofalo said last spring that it would be a mistake to move forward without tribal involvement in crafting legislation. “It is very important for Minnesota that going forward we have stability in the gambling environment,” he said. “So doing this without tribal support would be problematic. It would not be good for the state.”

In May, Garofalo said the purpose of his bill would not be raise money but to protect betters. “If you give consumers a choice between a safe, regulated environment and an unsafe, unregulated product, they’re going to choose the safe one,” he said. His version would keep betting at casinos and race tracks, not “Pat’s Gambling Emporium” down on the corner.

Garofalo’s draft bill, which he called simply a starting point, would allow a new sports gambling board to decide issues such as which sports and leagues could be wagered on, and what the betting structure would look like. The University of Minnesota, for example, would have a say on whether its sports could be involved.

One area Garofalo’s draft would have made off-limits, however, is something that is fair game in Europe: the outcome of elections.

Pro-gambling forces are not the only ones keeping tabs on sports betting. Citizens Against Gambling Expansion, which had opposed sports betting last session, will do so again.

“We have people across the state telling us there’s just too much gaming, that we don’t need any more,” said Jake Grassel, executive director of the organization. “With sports betting in particular, I think there’s a lot of risk with this new dynamic of an online platform, a mobile platform.”

He also said sports betting gives the industry a way to target what he called the “next generation of gamblers.”

Grassel, for one, doesn’t think a bill will pass in 2019, mostly due to the level of uncertainty around the issue, including whether DFL leaders have any interest in taking it up. “We definitely expect it to be a fight and be pushed,” he said, “[But] unless something monumental changes, I don’t think it’s going to be passed in this session.”