A proposed expansion of taxes to business services could cause some local businesses to cut jobs or relocate; meanwhile, a Wisconsin lawmaker is trying to lure disgruntled companies across the border.
February 17, 2013 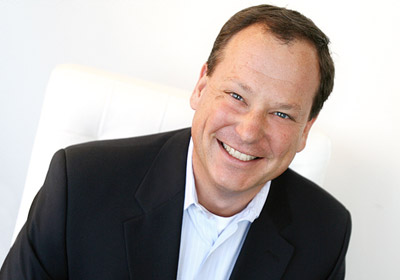 In the couple of weeks since Governor Mark Dayton unveiled his budget proposal, business leaders have spoken out against his planned expansion of taxes to new products and services.

But would the tax reform have enough of an impact to cause businesses to cut jobs or relocate? Some local leaders say yes, and meanwhile, a Wisconsin lawmaker is encouraging disgruntled businesses to migrate across the border.

Tax reform is central to Dayton’s budget plan, which applies to the two-year period beginning July 1. It would reduce the state’s sales tax rate to 5.5 percent but add to the list of items that are subject to taxation, such as clothing items that cost more than $100 and over-the-counter drugs.

Bigger firms like Campbell Mithun, Minnesota’s sixth-largest ad agency based on net revenue, would be put in a “non-competitive situation,” he said, because the procurement groups and consultancies that buy advertising for large firms would overlook Minnesota altogether. “We’d be held out of the game,” he said.

Smaller local agencies, many of which perform niche work for large Minnesota companies, would also be placed at a disadvantage, as those clients could look to out-of-state agencies, Arndt added.

A Push to Relocate

Relocation is not currently on Campbell Mithun’s radar, in part because of the challenges of moving and rebuilding a business in the current economy, but also because the local talent pool has been key to the agency’s success, Arndt said. “We’d have to look really closely at what actions to take” if Dayton’s tax expansion is approved, although the lost revenue would most likely cut into payroll and result in job losses.

Meanwhile, at least one out-of-stater is encouraging local businesses to move.

Wisconsin State Representative Erik Severson, a Republican, recently sent a letter to more than 100 businesses in the state, ranging from smaller companies to Fortune 500 giants such as 3M Company, UnitedHealth Group, and Best Buy. Severson said in the letter that Dayton “does not seem to understand that high taxes drive businesses out—out of business and out of his state.”

Citing progress made in his own state, Severson wrote that Governor Scott Walker turned a $3.6 billion budget deficit (larger than Minnesota’s projected $1.1 billion shortfall) into a surplus of $484 million, “while holding the line on taxes.” Walker plans to institute an across-the-board income tax cut; furthermore, a provision in Wisconsin’s last budget “effectively eliminates Wisconsin’s tax on manufacturing by 2016,” Severson added.

“I urge you to consider moving your business to a state that values job creators and won’t impose arbitrary taxes that hinder economic expansion,” Severson wrote.

No states currently tax advertising services, according to John Pickerill, chair of the advertising, marketing, and trademark group at Minneapolis-based law firm Fredrikson & Byron, P.A. Meanwhile, “Minnesota’s greater advertising industry creates over 400,000 jobs in the state, and advertising expenditures account for approximately 20 percent of Minnesota’s economic activity,” Pickerill wrote in a blog post for the Advertising Federation of Minnesota, an organization on whose board he serves.

In a recent hearing, Minnesota Department of Revenue Commissioner Myron Frans was asked whether other states impose a tax on business-to-business services, and he responded that 47 states do, although the taxed services vary dramatically by state. A video of Frans’ response can be viewed here.

John Risdall, CEO of New Brighton-based Risdall Advertising, told the Pioneer Press that he suspects some Twin Cities firms would consider setting up branches across the St. Croix River in Wisconsin and bill from there.

Law firms have also voiced concern. Boston-based Fish & Richardson, for example, would consider moving its local office, according to a report by the Star Tribune. Other firms—especially those that serve a national market like Minneapolis-based IP law firm Schwegman, Lundberg & Woessner—would also be significantly affected by the change, according to the Minneapolis newspaper.

While Dayton’s proposal still requires legislative approval, the governor appears poised to weather the criticism while advancing his plan, and he has said he is willing to pursue his proposal even if it hurts his shot at re-election, according to a report by the Star Tribune.

In his State of the State Address Wednesday, Dayton acknowledged that “my proposals have already aroused considerable controversy.” He went on to say that “those who measure 'business climate' only by tax rankings will question my strategy” but said that many surveys rate Minnesota lower in overall taxes than most realize. Dayton argued that Minnesota has not been considered a “low-tax” state during his almost four decades in public service, “and the facts show that states offering businesses and their top executives the lowest taxes usually offer the rest of their citizens the lowest incomes, the fewest public services, and the highest crime rates.” The job growth in those states also typically lags “high-value and high-performance” states like Minnesota, he said.

In response to Severson’s letter, Dayton’s office told the Pioneer Press that research shows that “there is not the direct correlation between tax levels and job growth,” and “Minnesota’s economy has fared far better than Wisconsin’s over the last couple of years”—a sentiment he repeated in his State of the State address.