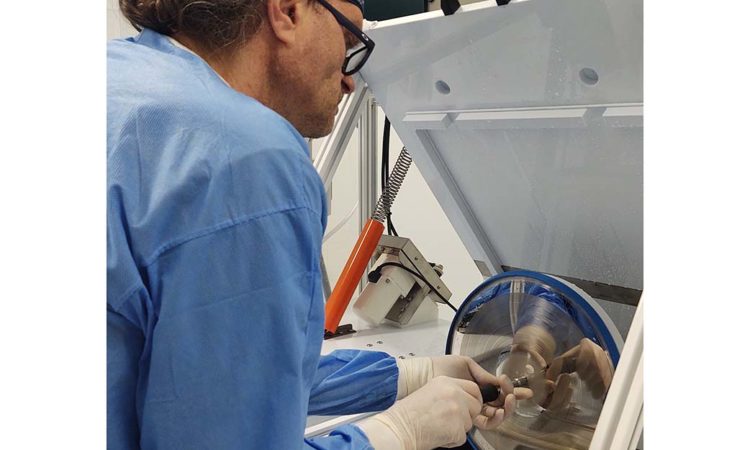 The music-focused division of Plymouth-based ADS Group plans to open a vinyl pressing plant this summer.
By Josh McGovern
April 29, 2022

National manufacturers of vinyls, CDs, and DVDs, Copycats Media this week announced plans to set up a new vinyl pressing plant in Osseo, Minnesota. Copycats is a division of Plymouth-based ADS Group, a company that manufactures optical and vinyl media and print. The 65,000-square-foot pressing plant will begin with five record presses, with plans for 10 total within the next three years.

“Our company’s been in this business for 33 years,” said ADS Group chief operating officer Connie Comeau. The company started out producing CDs and DVDs. But now, it’s tackling “a technology that’s older than those two,” Comeau said. “It’s a new process, a new learning curve. The technology has modernized. This equivalent is essentially modernizing controls that make it easier to manage from a manufacturing standpoint.”

Copycats Media has developed relationships with known artists such as Macklemore and at one time, Minnesota’s very own star, Prince. But the company also takes on unknown, independent artists, and plans to continue supporting unsung talents along with major labels.

“That’s where we started,” said Justin Kristal, president of Copycats Media. “Those are the relationships we’ve grown with. We’re here because of those customers that supported us for a long time.”

ADS Group says it’s the largest U.S. optical media manufacturer and the largest CD replicator in the United States. The Osseo facility is set to become the first “modern-day vinyl record pressing plant in Minnesota,” according to ADS Group, which also produces video content for TCB through its 120 Studios arm.

Why Osseo? The building’s proximity to the highway made it an ideal location for transportation, for one. Plus, Osseo’s distance from ADS headquarters in Plymouth will allow the company to share human resources between the two locations.

“It’s been our model to listen to our customers and follow their voice,” said Greg Schoener, VP of quality and new product development. “We already outsourced a piece of this business. We’re maxing out capacity available to us, so it prompted us to build our own facility.”

Businesses of all stripes have faced ongoing supply chain issues, and ADS Group is no exception. Prices for PVC, a necessary material in the vinyl pressing process, tripled while the company was planning for the new facility. Despite price fluctuations and supply chain delays, though, ADS Group leaders say the Osseo plant is ready for operation. The company expects the vinyl presses to be on their way from Sweden within the next couple weeks after extensive shipping delays. The presses are expected to be installed by the end of June or early July.