Most local systems applaud the recent rankings, although each is quick to identify shortcomings.
November 04, 2012 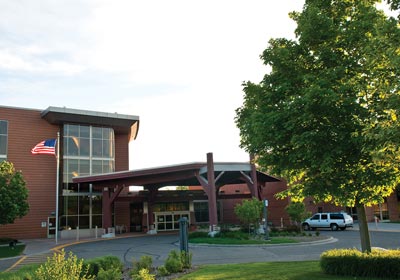 Consumer Reports (CR) in August posed the provocative question, “How Safe Is Your Hospital?” It then gave 36 in Minnesota safety scores based on a composite of six measures (infections, readmissions, mortality, complications, scanning, and communications).

Woodwinds Health Campus, an 86-bed facility in Woodbury and part of the HealthEast system, topped the local list with a score of 65 out of 100. Medical Director Lynne Lille says the hospital’s ranking reflects “our extremely low post-operative infection rates.” Seemingly minor initiatives—like the use of antibacterial cloths by patients before surgery—play a major role, she says.

Yet HealthEast, like other systems, saw widely varied scores, despite a consistency of operational philosophy: St. John’s in Maplewood, for example, received a score of 50, placing it in the bottom half of Minnesota hospitals. Lille says Woodwinds serves as a “learning lab,” and its proven methods will be spread throughout the system.

“I give Consumer Reports a lot of credit for taking a stab at this,” says Fairview Health Services Director of Patient Safety Steve Meisel. “The scoring system is imperfect, but it opens the conversation.”

Fairview’s hospitals ran the gamut, but Meisel says Consumer Reports’ data doesn’t reflect recent initiatives: For example, the University of Minnesota Medical Center, which received a score of only 42, has done a “tremendous amount of work over the last couple of years” and cut central-line infections by approximately two-thirds. Meanwhile, Fairview’s readmissions are down about 20 percent from last year.

Allina Health’s hospitals also scored across the board—with Mercy in Coon Rapids receiving a 55 and United in St. Paul scoring a dismal 40, with a particularly low rank for infections. Director of Quality and Patient Safety Sal Bognanni says he’s “perplexed by the variation across the system.”

Bognanni says CR’s emphasis on CT scanning outcomes “seemed out of place,” as it doesn’t involve the immediate danger posed by infections. Meisel adds that the communications ranking—based on patient surveys—is “patient perception,” not a safety metric. Meisel encourages consumers to review data on the Minnesota Department of Health website and consult a doctor: “It’s one thing to have zero infections but then never cure any illness.”

Olmsted Medical Center in Rochester ranked lowest among Minnesota hospitals, and President Roy Yawn was the most vocal critic of the report. In a memo to employees, he accused CR of using “outdated, unverified, and misinterpreted data” that included a reporting error.

The key takeaway: All hospitals have significant room for improvement. Minnesota’s top-ranked Woodwinds had a score of 65—out of 100. The nation’s highest-ranked hospital, Billings Clinic in Montana, received a score of 72. No hospital received Consumer Reports’ top score for readmissions or communication.