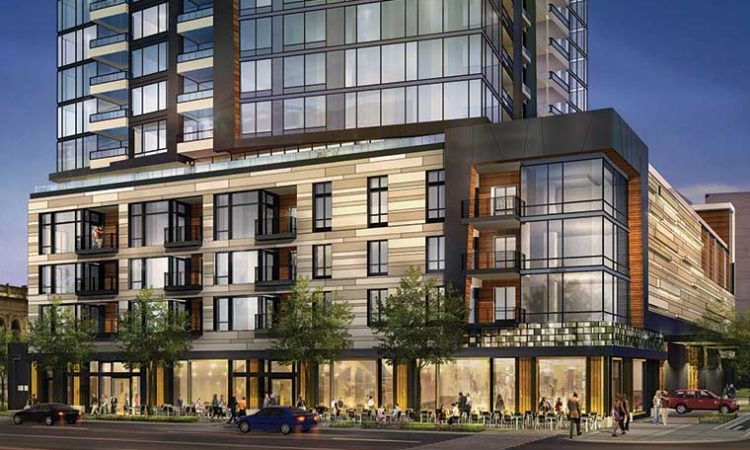 Minneapolis–based Alatus LLC had been working for years to build Alia, a 40-story condo tower just over the Third Avenue Bridge from downtown. But in September, the developer unceremoniously pulled the plug on plans for the 214-unit project.

Principal Bob Lux says going ahead with the project would have put too many condos priced over $1 million on the market. Yes, you read that right: over $1 million. The competing Eleven condo project, developed by Minneapolis–based Ryan Cos. US Inc. and Edina–based Arcadia LLC, is under construction; the cheapest homes in the 118-unit complex are $900,000. The RBC Gateway project at Washington and Nicollet, which combines office space with a Four Seasons Hotel, is slated to include 31 high-end condo units. Lux says all of those will be priced north of $1 million as well.

“Virtually all of their units are priced over $1 million,” Lux says. “We had 50 units that were over $1 million … if we could have started [construction] right away, it would have made all the difference in the world.”

Alatus secured city approvals back in 2016, but a group of neighbors sued the developer and the city over the scale of the project. While Alatus ultimately prevailed, the litigation delayed the project for nearly two years.

“It was a frivolous case. It delayed us to the point that others got into the market,” Lux says. “It’s never smart to be in a condo market where there’s too many units.”

Not long ago, there was no such thing as a $1 million condo in Minneapolis.

“People are selling homes that they’ve had for a long time and moving downtown,” says Mary Bujold, president of Golden Valley–based Maxfield Research and Consulting, a real estate research firm. “Homes on Lake of the Isles, around Lake Harriet, around Lake Minnetonka—those homes are selling for a significant amount of money. There’s an increasing number of those folks out there.”

Bujold notes that construction costs are also a factor. “If you want to put in all the bells and whistles, yes, it’s going to cost a lot of money,” even for a condo.

Lux declines to disclose how much Alatus spent in pre-development costs and litigation, but it’s clearly non-trivial. What happens next on his site is not yet clear.

“We’re looking at a couple of different options,” Lux says. “We’ll [build] something, or we’ll sell it to somebody.”