The wreath adorning the coffin of Queen Elizabeth II for her funeral on Monday included a sprig of myrtle and English oak to symbolize a happy marriage and strength of love, in royal colors of pink, burgundy, gold and white. King Charles III also requested that the wreath be made sustainably, without the use of floral foam.

Across the pond, at the University of Minnesota’s McNamara Alumni Center on Monday evening, the MN Cup startup competition awarded its $50,000 grand prize to BKB Floral Foam, a Bloomington, Minnesota-based company on the verge of revolutionizing the floral industry with its compostable foam bricks. Founder Dundee Butcher’s floral career began more than 20 years ago in London, where she worked at a high-end flower shop that created arrangements for the likes of Victoria Beckham. Butcher recalled sweeping piles of discarded foam into the trash and thinking, “there has to be a better way.” 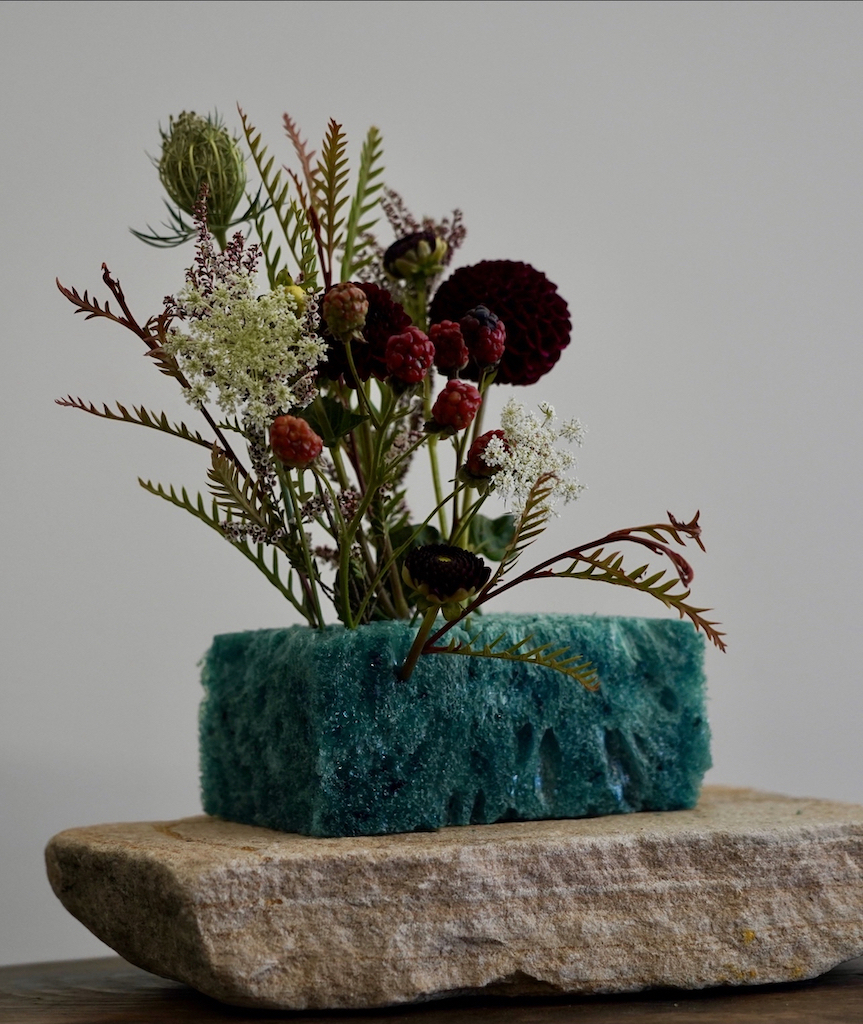 She started BKB Floral Foam in 2015 in California on a mission to develop compostable foam bricks. The entrepreneurial journey led her to the University of Minnesota, where polymer chemist David Goldfeld was working on a doctoral degree. As CTO of BKB, Goldfeld assembled a team that developed a compostable foam out of renewable, nontoxic materials like corn. The company secured patents for its product this year. BKB is in the process of stepping up manufacturing with plans to launch full-scale commercial production across the U.S. and Europe in 2023.

“This is a long time coming,” Butcher said as she accepted the grand prize trophy on Monday. She’s 64, and raised four children before starting her career. “With climate change being so much on my mind, with children and grandchildren, it gives me so much pleasure to be able to do something that will make the world a bit better.”

Butcher, who still lives in California, wasn’t aware of MN Cup until Goldfeld suggested they enter the competition this year.

MN Cup’s $10,000 runner up prize went to Minneapolis-based Carbon Origins, creator of the delivery robot Skippy, which can be operated remotely and trained through virtual reality to do repetitive jobs. Founder Amogha Sirangarajan, featured on TCB’s 2022 Tech 20 list, says he’s on a mission to “make robots commonplace.”

Rounding out the division winners, who had a chance to present an overview of their companies at the final event:

A record 2,595 startups entered the MN Cup this year, up 35% over last year, said serial entrepreneur Scott Litman, who co-founded the state’s largest startup competition 18 years ago with Dan Mallin, in partnership with the U of M. This year, 45% of the founders who competed were women; 40% were entrepreneurs of color. Ages ranged from 10 to 92.

Since its inception in 2005, MN Cup has worked with 20,000 entrepreneurs and given away more than $5 million in no-strings-attached prizes.